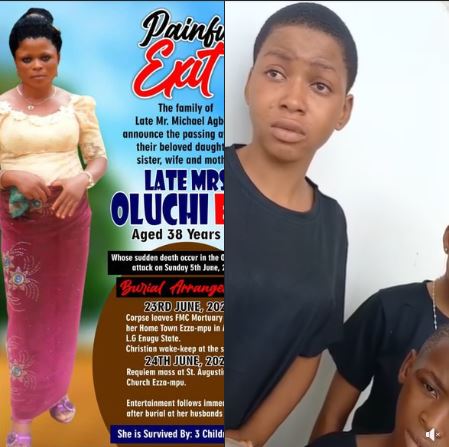 Three children of a woman killed by terrorists inside a Catholic Church in Owo have begged for help.
In a touching shared on social media, the young children were seen begging for help.
The three little children were made orphans after their mother was killed in the church
Their father died in 2016, their mother who has been the bread winner died in the unfortunate incident that happened at St. Francis Catholic Church, Owa Luwa, Owo.
A Facebook user, Ngozi Igbo shared her encounter with the woman and wrote:
I was at St Xavier, Catholic diocese Owo in the month of April. 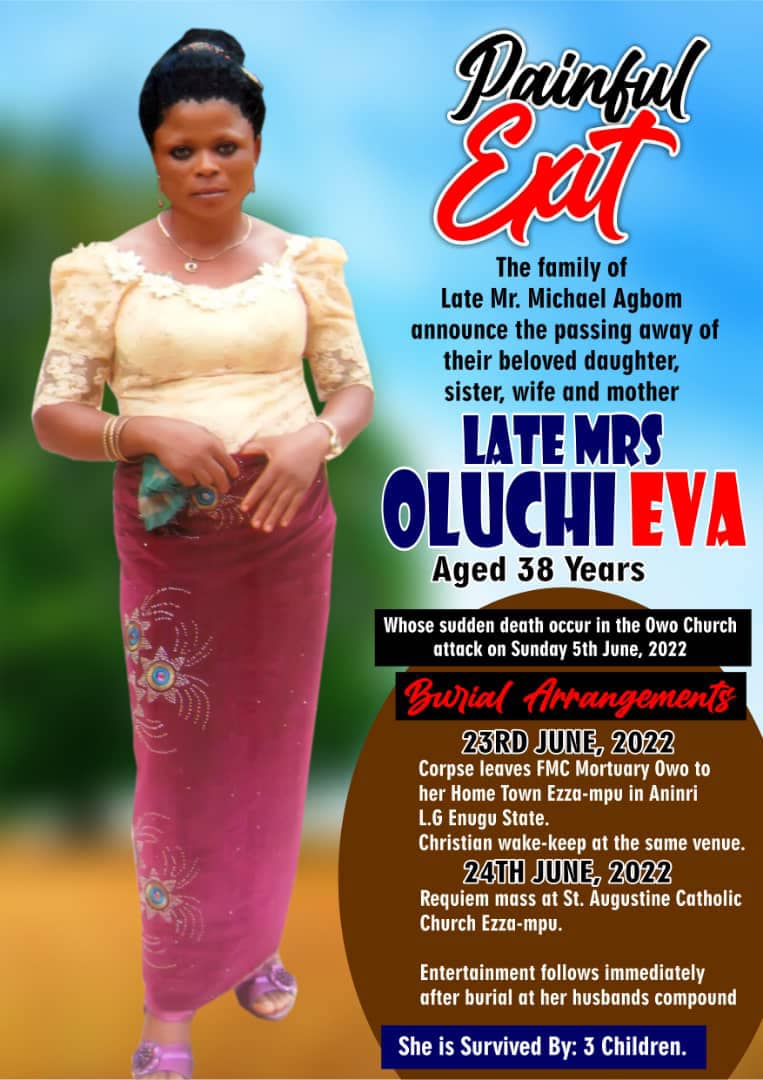 We were invited to join in their Mothering Sunday celebration.
I remember madam Oluchi vividly, she was one of the Igbo cultural dancers, she stood out for me because of the energy she put into her waist movement and I remember dancing with her.
When I heard of the Owo massacre which took the lives of 40 persons, I wondered if some of the women I danced with two months ago were part of the deceased.
I wondered but was too scared too ask. 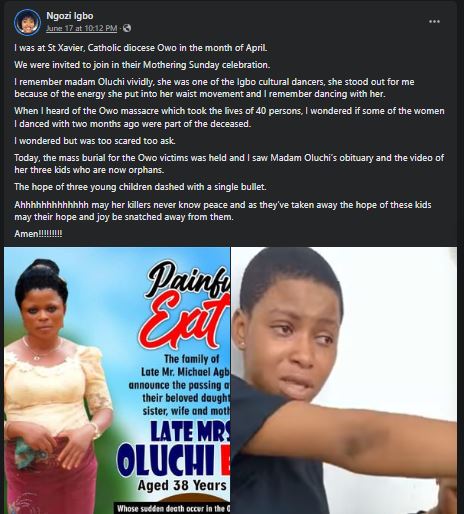 Today, the mass burial for the Owo victims was held and I saw Madam Oluchi’s obituary and the video of her three kids who are now orphans.
The hope of three young children dashed with a single bullet.
Ahhhhhhhhhhhhh may her killers never know peace and as they’ve taken away the hope of these kids may their hope and joy be snatched away from them.
Amen!!!!!!!!!