The Frenchman, who is likely to return to Juventus next month, was mobbed by fans on mopeds in Conakry as he received a hero's welcome. 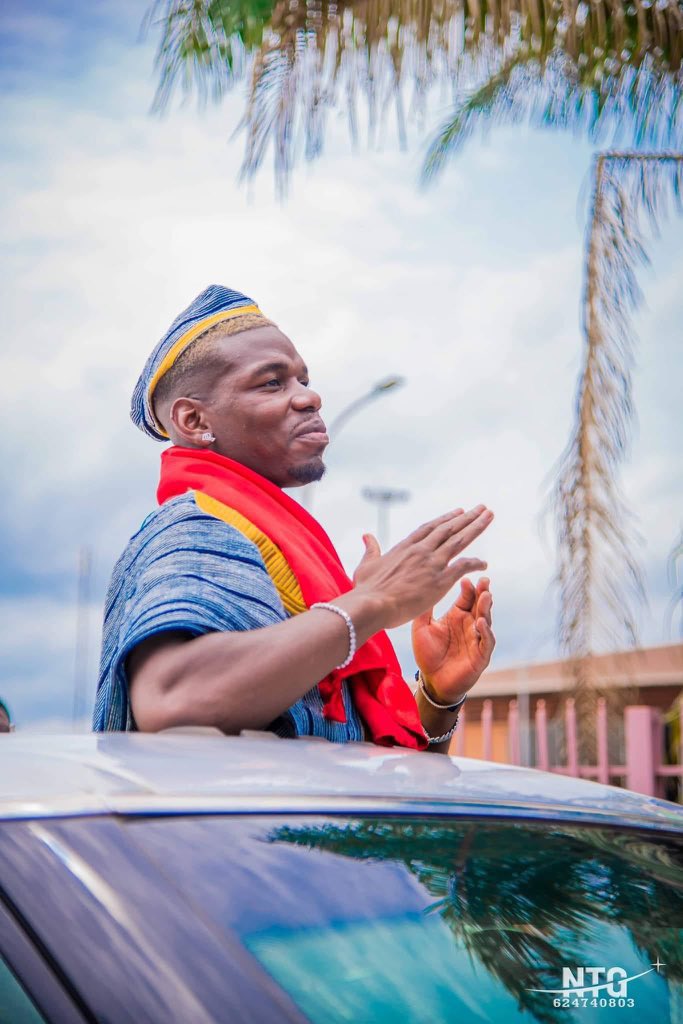 Manchester United midfielder, Paul Pogba has been given a hero's welcome after he landed in Guinea on June 21.
His return to his home country has sparked wild jubilation.
The Frenchman, who is likely to return to Juventus next month, was mobbed by fans in Conakry after he arrived.
The France international was born in Lagny-Sur-Marne, but his parents and two older brothers were all born in Guinea.

Paul Pogba currently in Guinea…there’s no place like home pic.twitter.com/dNHz7qnnCt

Pogba posted videos of his arrival in Guinea on his Instagram story, where the midfielder is seen being treated like a hero.
Fans followed his vehicle on foot as the Frenchman waved to the crowd while wearing the national colours.
Wearing a Dashiki, he paraded the country in an open-air convertible as he returned to his parents' land.
Watch video below:

Unbelievable! Check Out Photos Of The Baby Who Was Born With Four Arms And Four Legs
Popular Stories