FK had earlier expressed optimism that the couple would be freed, insisting that Ekweremadu would not be involved in trafficking. 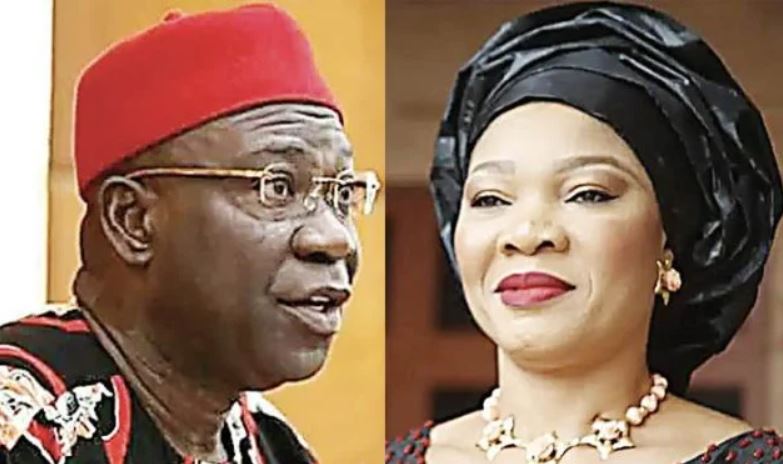 Ekweremadu and his wife, Beatrice

Femi Fani-Kayode, the former Aviation Minister, has claimed that there are indications that Ike Ekweremadu, former Deputy Senate President and his wife Beatrice will not be convicted over the alleged organ harvesting charge in the United Kingdom.

Recall that the couple, who were working to save their ailing daughter Sonia, were arrested and charged to court by the Metropolitan Police for allegedly facilitating the travel of a young Nigerian for organ harvesting.

They are currently at the custody of the UK authority while investigation is ongoing.

FK had earlier expressed optimism that the couple would be freed, insisting that Ekweremadu would not be involved in trafficking.

Reiterating his opinion, FFK in a statement he personally signed on Sunday, said he is convinced that the lawmaker and his wife would be innocent when investigation is concluded.

He said, “As I said from the outset, I cannot and will not condemn my friend and brother Senator Ike Ekweremadu and his beautiful wife unless I see the evidence of their wrongdoing or they are convicted by a court of law.

“I am now convinced that there is NO evidence and that they will NOT be convicted.

“There is also a distinct possibility that the charges may eventually be dropped or thrown out by the court if the British really want to play it fairly.

“I believe that the London Metropolitan Police have acted hastily and in error or that they are simply behaving in a typically racist manner all in an attempt to demonize and stigmatise a Nigerian public figure and Nigerians generally even though the evidence before them cannot possibly justify the charge or a conviction”.