The suspect, identified as James Junior Aliyu was arrested at an upmarket estate in Sandton, Johannesburg, after a takedown operation. 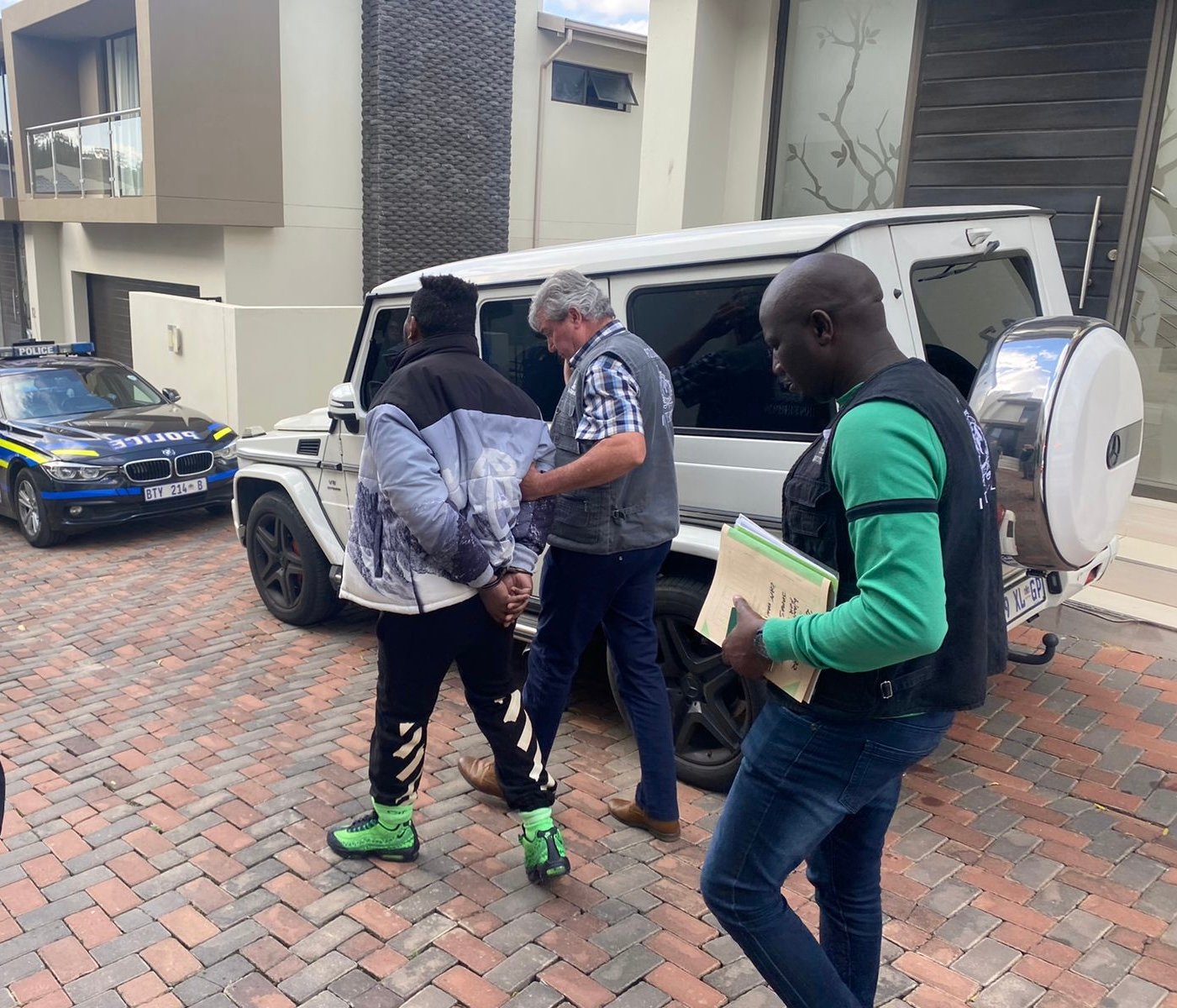 The arrest of a Nigerian big boy in South Africa for fraud has been confirmed by Interpol.
The 28-year-old Nigerian identified as James Junior Aliyu was arrested in relation to a cybercrime ring involved in phishing, internet, romance scams and money laundering.
His arrest happened at an upmarket estate in Sandton, Johannesburg, after a takedown operation.
Members from the Interpol National Crime Bureau (NCB) in Pretoria with assistance from members of the SAPS Gauteng Highway Patrol Unit raided the upmarket estate at 10:00 on Wednesday, 29 June 2022, where they effected the arrest.
His arrest follows a widespread investigation involving law enforcement authorities from South Africa (SA) and the United States of America (USA).
Confirming his arrest, INTERPOL on its verified Twitter page wrote: ” Last week @SAPoliceService detained a suspected Nigerian cybercriminal allegedly involved in phishing, Internet scamming and MoneyLaundering INTERPOL’s newly-launched Financial Crime centre IFCACC is already following up on intelligence received during the arrest.”
Aliyu is accused of swindling dozens of US citizens millions in USD through email and text messages.
It was reported that Authorities in the USA, where the investigation originated have applied for his extradition.
The suspect’s case will be heard at the Randburg Magistrates’ Court on 05 July 2022.
Top Stories