Funke had visited Zainab's shop in January this year under the pretext of employing her services to make a dress for her. 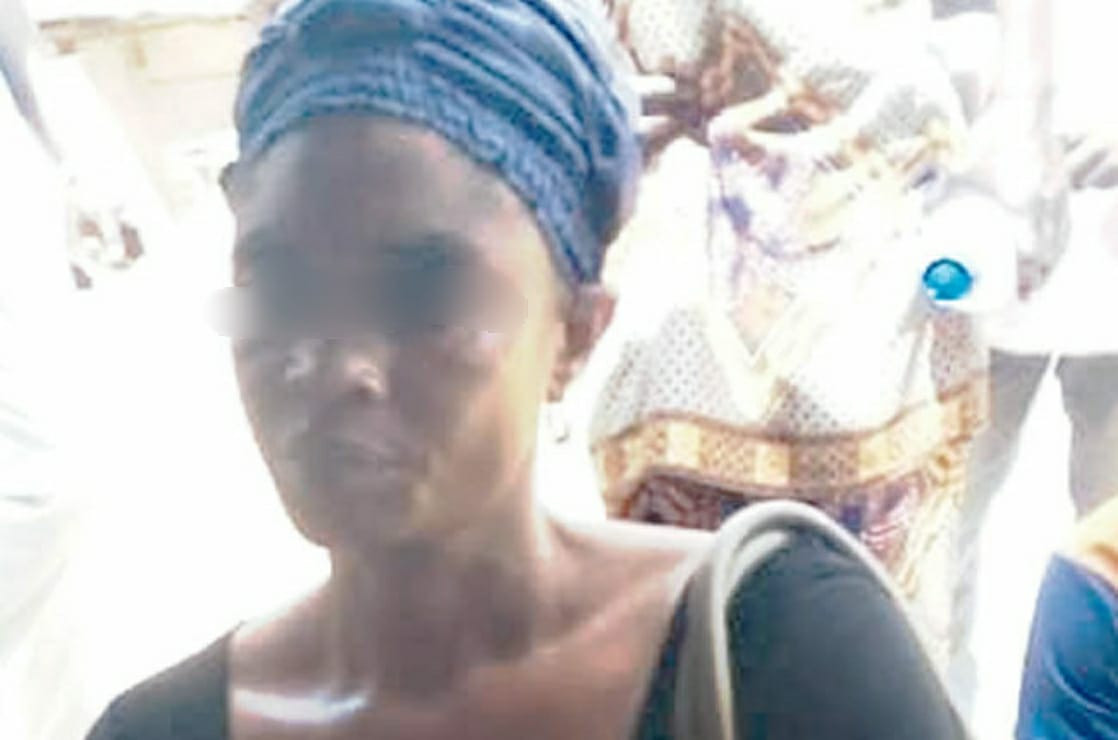 Luck has ran out on a 44-year-old lady, Bamidele Funke after she was caught for alleged stealing.
Funke was on Saturday, July 2, arrested for allegedly stealing the phone of a tailor, Adekola Zainab, after presenting herself as an intending customer.
Nigerian Tribune reports that Funke had visited Zainab's shop in January this year under the pretext of employing her services to make a dress for her. She allegedly stole Zainab's phone during their interaction and then went into thin air.
Five months after the incident, Zainab was reportedly passing by a shop in the Ayegunle area in Ibadan, Oyo State, on Saturday, July 2, when she sighted Funke who was unlocking a shop belonging to her sister for the day’s business. She accosted Funke and immediately accused her of being the person who visited her shop and stole her phone.
It took the intervention of the commandant of Oluyole Surveillance Security Team (OSST), Olusegun Idowu, to stop the crowd which had gathered from descending on the suspect.
In an interview, the suspect gave her background and confessed to having indeed stolen the phone.
“My father is from Ado Ekiti in Ekiti State while my mother is from Warri in Delta State. I’m a divorcée and mother of three children. I am a trader but staying in my sister’s shop presently.
It is true that I stole a phone from the tailor. In January, I went to her shop, pretending that I wanted to sew a particular style and would like to show it to a friend who wanted to have her own sewn too. I took her to a bank to let her meet the non-existing friend. When we got there, we sat and waited. I left for another part of the bank and came back to my victim, telling her that the friend was busy.
I told her to give me her phone so that I would forward the fashion style to the friend. That was how I left with the phone. I sold it for N30,000 at Sabo area, Mokola, Ibadan. I used the money to pay some debts. I don’t know what pushed me into what I did. And I know it is criminal. But the government should have mercy upon me.”
The victim, Zainab, 28, narrating her experience, said;
“The lady came to my shop and said she wanted to sew a dress along with other friends.  She asked me to take her measurement while she said I should follow her to a new generation bank to meet two of her friends who also wanted to sew theirs.
She paid my transport fare to the bank, and when we got there, she asked me to sit for a while, as her friend was busy. After a while, she said she wanted to go and urinate, leaving me on the seat, unknown to me that she was looking for a way of escape without me noticing.
She returned and told me that her friend asked her to send the style chosen for her to her phone with my phone. I unlocked the phone and gave it to her. She went downstairs, because we were at the top floor.
When I remembered that my phone was with her, I went downstairs also and asked about her from the bank security personnel but they told me she had left. I went out but could not find her. I called the line in the phone but it had been switched off. That was  how she absconded with my phone. That was almost six months ago
Today (Saturday, July 2), as I was going to my shop, I just saw her. I asked her if she remembered me but she replied that she did not. I reminded her of how she took my phone away. I held on to her dress and she held me also, tearing my dress. At first, she denied but when she was taken to the vigilante group, she confessed.”
Investigations by the vigilante group revealed that the suspect had stolen a phone that way before and was taken to the house of a popular Yoruba nation agitator (name withheld) where she was stripped naked and beaten. She was also said to have borrowed N430,000 from a microfinance bank but ran away, leading to the arrest of her guarantor.
Also, after owing six months rent in a shop owned by a former local government chairman, she rented the shop to another person and collected a year rent without the owner’s knowledge or paying the money she was owing. She was accused of having duped many people.
Again, different documents such as a driver`s license and National Identification Number (NIN) found in her possession bore her pictures but different names.
Top Stories