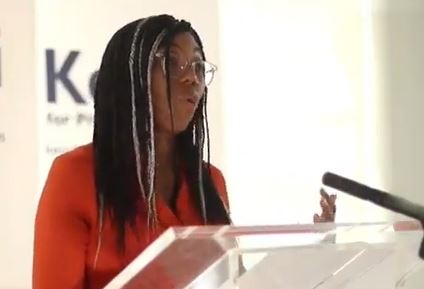 Nigeria-born UK parliamentarian campaigning to become the Prime Minister of the European country, Kemi Badenoch has stated that Nigerian politicians are in power for themselves and use public funds as their personal piggy banks.

The 42-year-old who partially schooled in Nigeria, said she chose to identify with the UK because she can really be free in the country unlike in Nigeria.

“I grew up in Nigeria, and I saw first hand what happens when politicians are in it for themselves, when they use public money as their private piggy bank, when they promise the earth and pollute not just the air, but the whole political atmosphere with their failure to serve others. I saw what socialism means for millions: poverty and broken dreams.

“Now I recognise that this is an ambitious agenda. And running to be Prime Minister when you’re a 42-year-old is by definition ambitious, but I am ambitious: for our country and for our party. I chose to become a Conservative MP to serve, and I chose this country because I can be who I am and I could be everything that I wanted to be."

Badenoch, who is the MP representing Saffron Walden since 2017,  resigned with four of her colleagues last Wednesday in a joint letter following the scandals that rocked the Boris Johnson administration.

Badenoch has also passed the first round of screening for the Prime Minister position.