Senator Albert Bassey Akpan announced his resignation in a letter sent to the party. 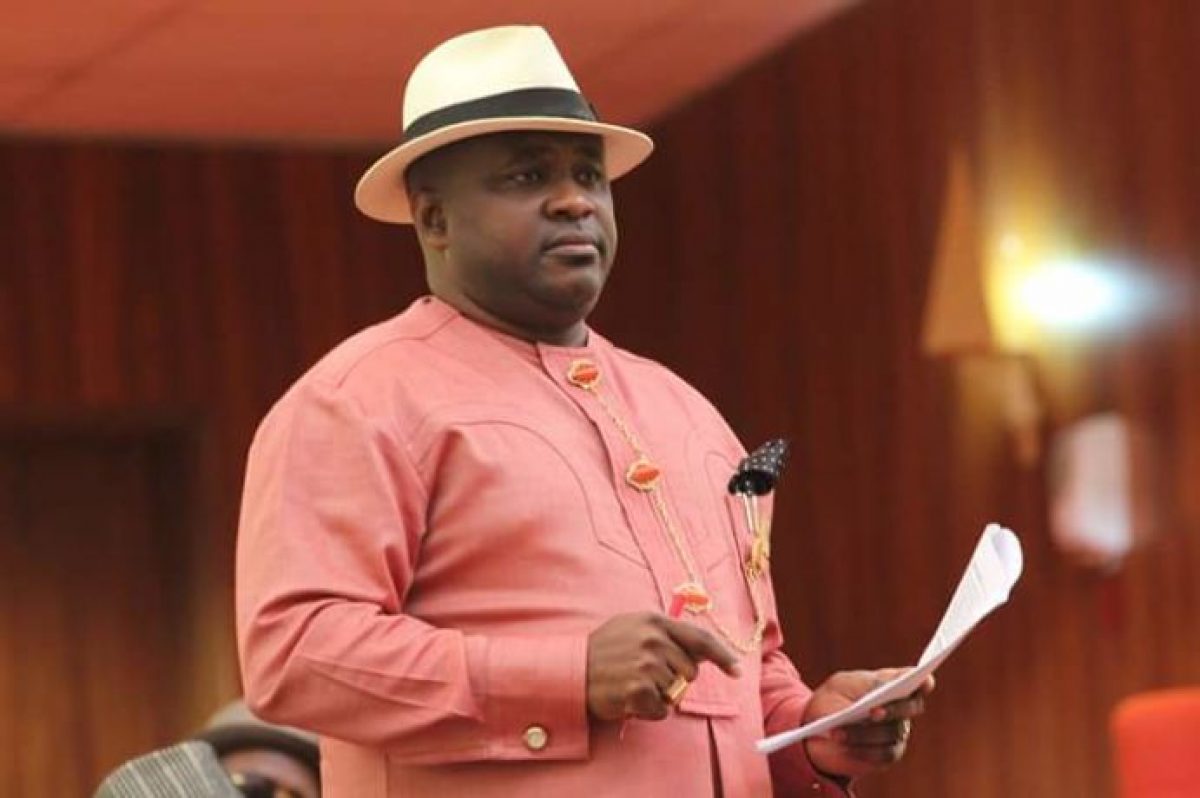 Senator Albert Bassey Akpan has dumped the Peoples Democratic Party.
He tendered his resignation in a letter to his ward chairman.
Explaining the reason for his resignation, Akpan said he intends to contest for the Governorship of Akwa-Ibom state on the platform of another party.
It would be recalled that Pastor Umo Eno is the current gubernatorial flag-bearer of the PDP in the state.
The letter read; "It is with the greatest sense of responsibility, purpose, and love for my people that i make bold this communication.
I have been a loyal and committed member of the Peoples Democratic Party (PDP) for over 20 years and have through the platform of the party serve our people, state, and nation diligently without any blemish, and I have by the grace of God contributed positively and impactfully to the growth and development of our dear country, state, and our people in general.
I believe as a law maker and a distinctive one at that must at all times advocate and pursue virtues and values that promote and sustain the effective adherence to the rule of law.
As you are aware, my aspiration to serve our dear state in the office of the Executive Governor is not personal or selfish but rather the collective ambition of our people, based on the principles of justice and equity, to achieve a better and prosperous Akwa Ibom State.
In words of Jean Anouilh and I quote “The only immorality is not to do what one has to do when one has to do it”.
"Therefore, after an extensive consultation with my God, family, friends, supporters, and well-meaning believers in a just and equitable Akwa Ibom State across the world, it’s obvious that these collective yearnings and aspirations cannot be actualised under the platform of the Peoples Democratic Party (PDP)."
"Consequently, guided by the sentiments, concerns and worries of our people so expressed on the need to take immediate steps for the actualisation of their aspirations. I am therefore compelled to resign my membership of the Peoples Democratic Party (PDP) forthwith."
Top Stories