The Twitter user also shared a video of the aftermath of the place where the scorned girlfriend had burnt her now deceased boyfriend. 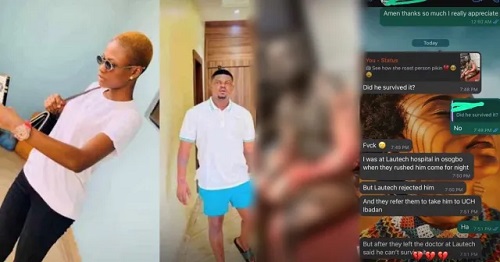 A newly married woman has reportedly ended her husband's life by setting him ablaze before committing suicide.
The Nigerian woman identified as Ife, suspected her husband Bolu of cheating so she left an angry note on her WhatsApp stories, saying that her man has "pushed her to the edge" and promised that people will weep over both of them before daybreak.
Bolu, who lives in Cairo but was visiting Nigeria, was set ablaze in his home, burning him and destroying his properties.
Video from the scene shows the extent of damage done to the house.
Bolu was rushed to the hospital while Ife was found dead of suspected suicide.
Bolu also didn't survive. He died as a result of the burns sustained from the fire. 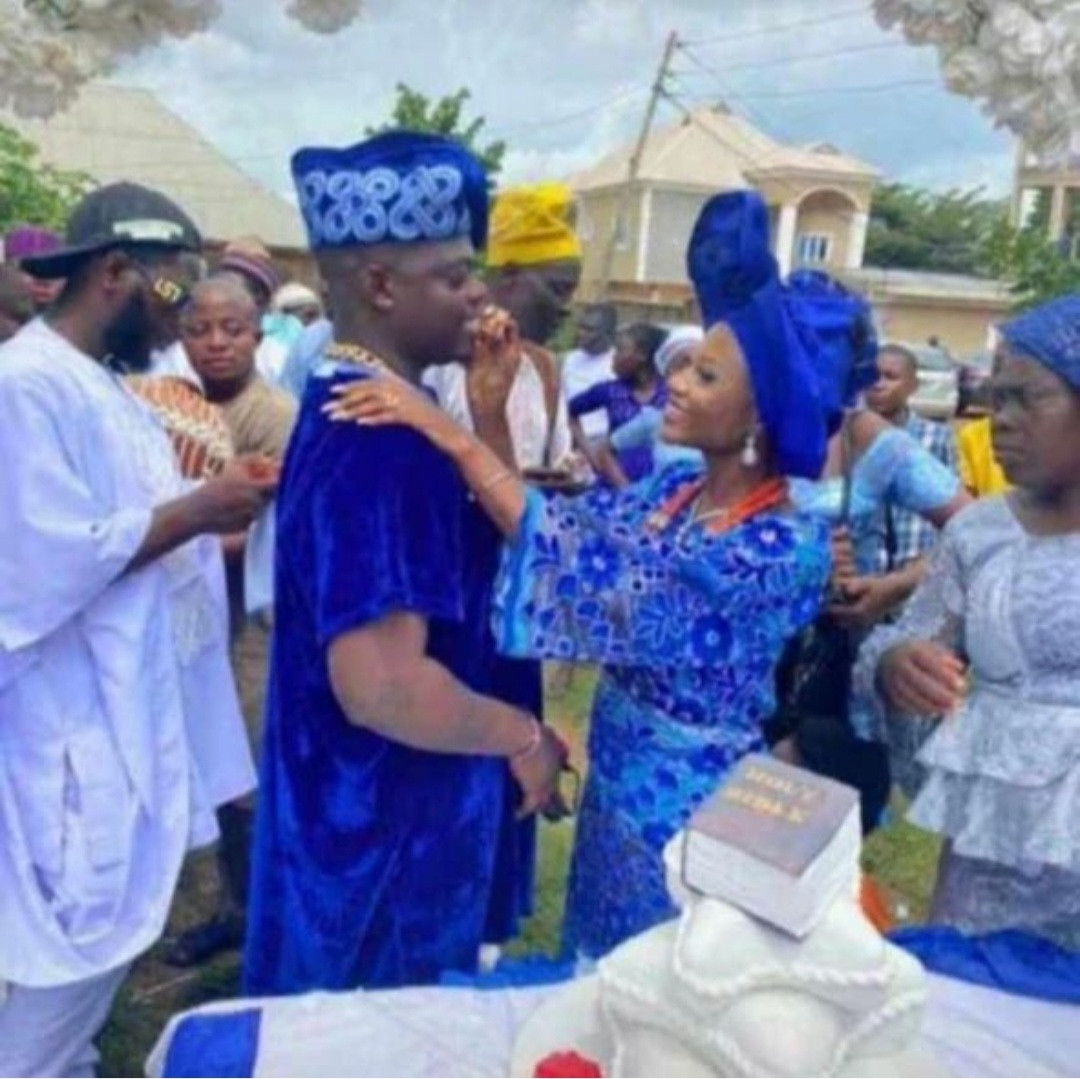 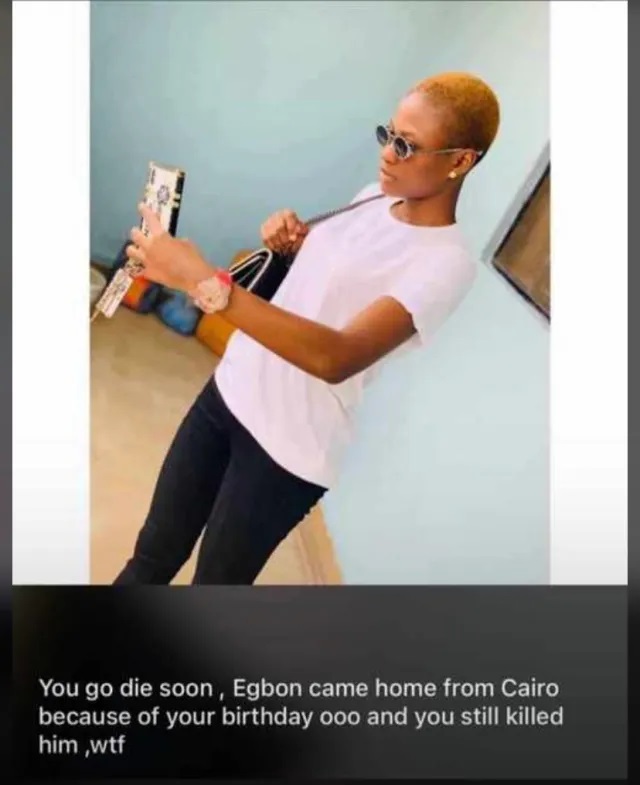 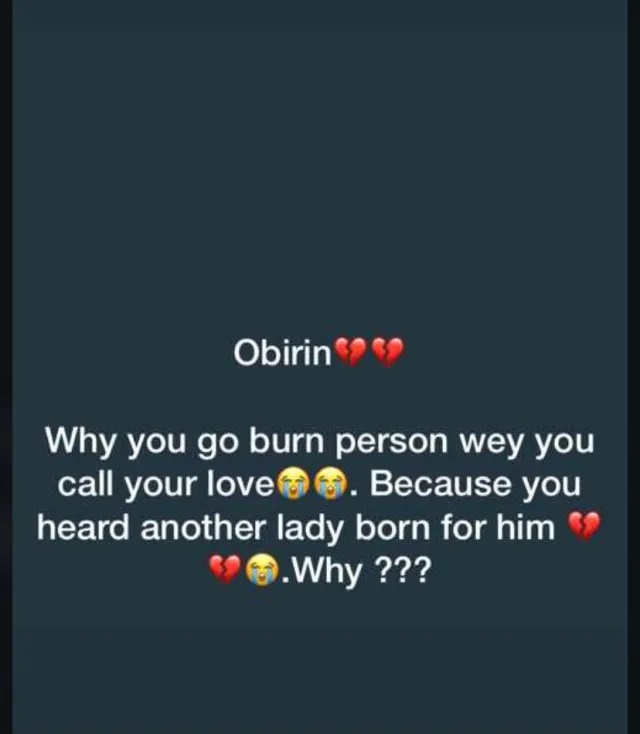 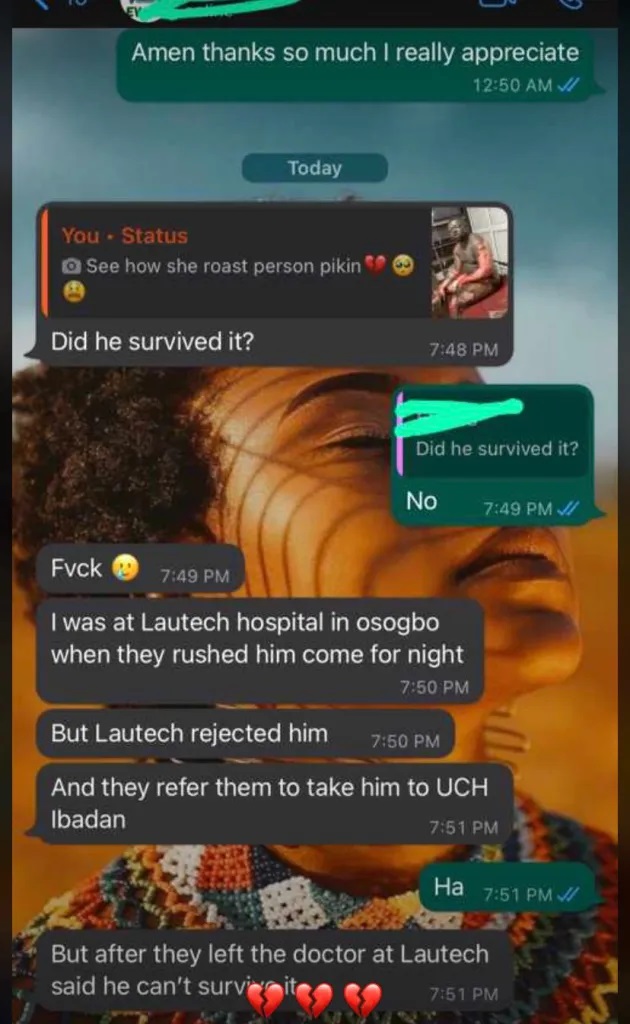 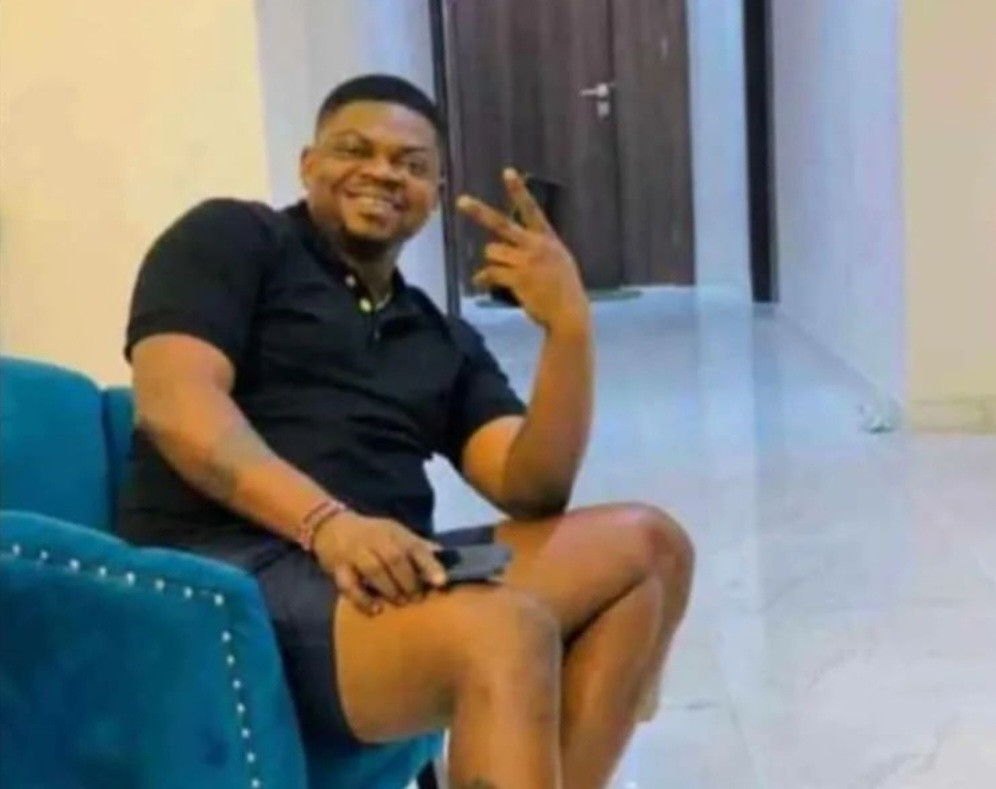