You Mocked Me, Keep Me Out Of Your Sily Games – Halima Abubakar Blasts Bobrisky For Clout Chasing With Her Sickness


Halima in a chat with an anonymous Instagram blogger had claimed she has spent over thirty million looking for help. 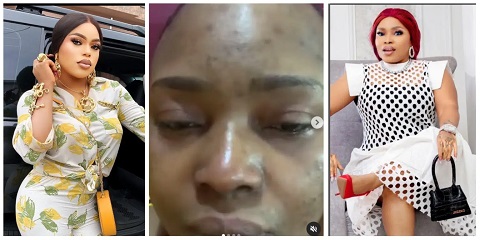 Nollywood actress, Halima Abubakar has come for popular crossdresser, Bobrisky.
Abubakar accused Bobrisky of chasing clout with her sickness, saying that he mocked her.
This came after Halima confirmed battling an ailment for the past five years after sleeping with a popular Nigerian pastor.
Halima in a chat with an anonymous Instagram blogger had claimed she has spent over thirty million looking for help.
While reacting, Bobrisky slammed the blogger for publishing such a private conversation online, adding that people should not trust anyone.
He wrote: “So you have posted Halima’s gist now, what has happened. You are evil. Just because you want people to believe all you post you went as far as posting and publishing private conversations in public damn. Did Halima offend you? Why did you do this to her? Please also learn never to trust anyone again.” 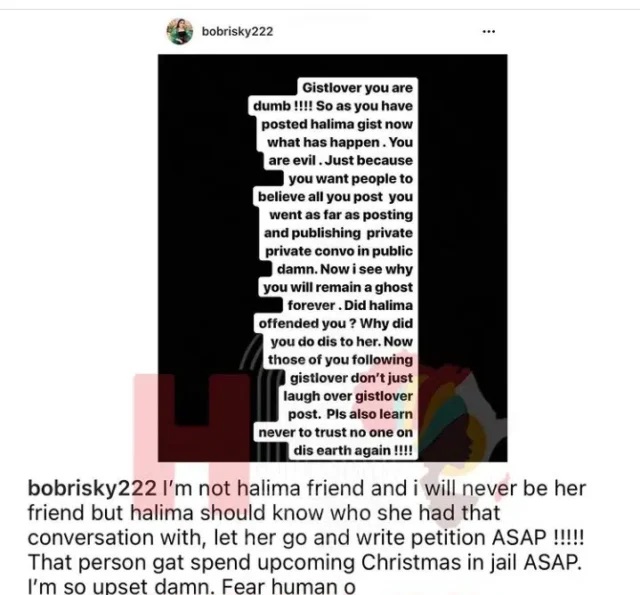 Responding to this, Halima said Bobrisky had insulted and mocked her before over the ailment.
She also warned Bobrisky to keep her name away from his mouth and never to write about her again.
She wrote: “Bobrisky don’t forget you insulted me when I was sick and called me names. Keep me out of your silly games. You mocked me before.
Don’t write about me severer again,
I hate you Bobrisky.” 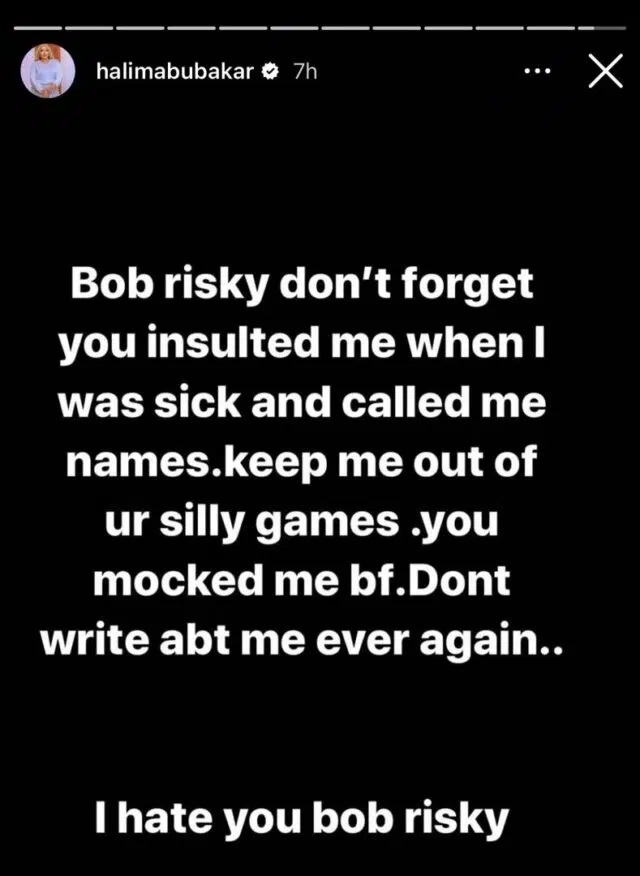