A security source disclosed on Monday that the victims’ families paid N100m each for the release of their loved ones. 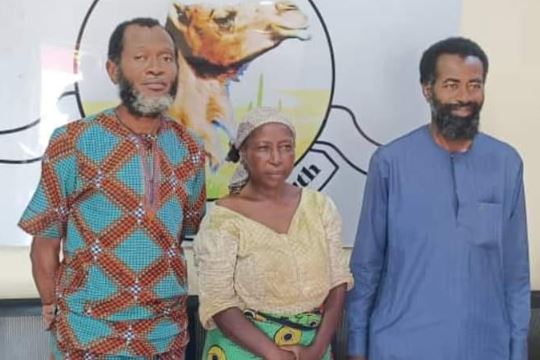 The families of three Abuja-Kaduna train victims released by terrorists reportedly paid the whopping sum of N100m each to ensure their safe return.

The three victims, which included two males and a female were released on Monday, July 25, after four months in captivity.

The victims' identities have not been officially declared, however, one of them has been identified as Barrister Usman Lawal Othman.

A security source who spoke to PUNCH in Kaduna on Monday, said that the victims’ families paid N100m each for the release of their loved ones.

"What I can tell you now is that the bandits have freed three victims of the abducted passengers. Those three released by them (bandits) include two males and a female. Each of those released paid N100m," the source said.

According to Nigerian Tribune report, a family member of Barrister Hassan, said that N100m was paid to the terrorists before they agreed to release him.

"My elder brother paid N50 million, while friends, sympathisers paid the remaining balance. We are happy to see our brother back," he said.

"On behalf of our family, we thank Nigerians for their prayers and support during these most difficult times. We never envisaged we would see him alive, especially when we saw him on the video yesterday.

"We couldn’t sleep. We were all awake, praying fervently for their release. We will pray for the release of the remaining ones who are still in captivity.  Right now we are on our way to the hospital so that he will be properly examined."