The organisers advised friends and family members of candidates to stay away from the venue as only the candidates would be cleared to enter. 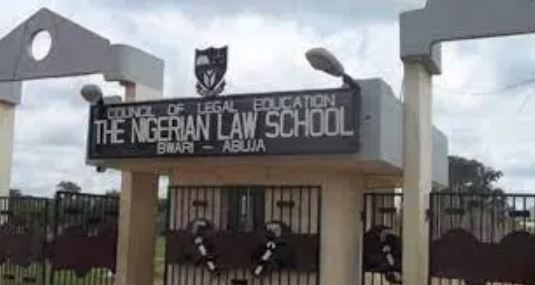 Daily Trust reports that the Nigerian Law School has moved the venue of the call to bar event.

The venue was moved from the school’s headquarters in Bwari to Airport Road, Abuja.

The Director General of the school, Prof Hayatu Isa Ciroma, has confirmed the new venue as the Secretariat of the Body of Benchers behind the headquarters of the Economic and Financial Crimes Commission (EFCC) in Abuja.

“The Director-General has directed to notify candidates of the change of the Call to the Bar venue from the Nigerian Law School Bwari to the Body of Benchers Secretariat along the Airport Road, Abuja by 1pm tomorrow 27th July, 2022,” he wrote in a tweet.

The organisers advised friends and family members of candidates to stay away from the venue as only the candidates would be cleared to enter.

Although the reason for the change of venue was not given, it may not be unconnected to the heightened insecurity in the Federal Capital Territory (FCT).

On Sunday, a captain and two soldiers attached to the Presidential Guards Brigade of the Nigerian Army were killed in an ambush by terrorists.

The soldiers were reportedly ambushed after they visited the Nigeria Law School following a distress call from the authorities of the school.

The school management was said to have alerted that terrorists had dropped a letter indicating an imminent attack on the school.

A source told Daily Trust, “Following the threat letter from the terrorists, the leadership of the Nigerian Law School drew the attention of the military authorities at the 7 Guards Brigade. The late army captain and the soldiers were dispatched to the school for preliminary investigation.

“They had a discussion with authorities at the school and agreed on what to do to safeguard students, teachers and school facilities. Sadly on their way back, the terrorists ambushed them and that was how the captain and two soldiers were killed,” he said.

The source said other persons in the party escaped the attackers by whiskers.

The Inspector-General of Police has ordered a beef up of security in the nation’s capital, assuring residents of their safety.