The accident, which occurred around 5.30 pm on Thursday, July 21, 2022, left several others with injuries. 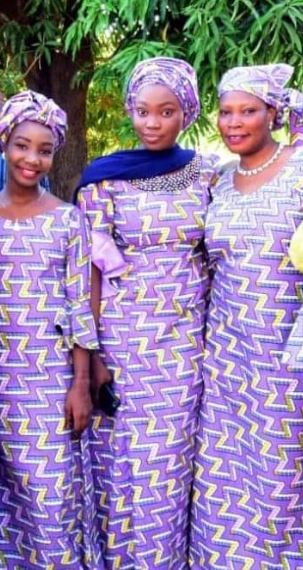 A woman identified as Fati and her two daughters were among 30 travellers who lost their lives in a tragic accident along the Zaria-Kano Expressway, Hawan Mai Mashi in Makarfi Local Government Area of Kaduna State.

The accident, which occurred around 5.30 pm on Thursday, July 21, 2022, left several others with injuries.

The three vehicles involved in the accident went up in flames immediately after the collision. The passengers killed were burnt beyond recognition.

Members of the Gadzama family from Borno State, disclosed this on Facebook.

"I was commenting on this accident along Kaduna routes not knowing it was my cousin's sister with her daughters, Rest in peace auntie. A big loss to Gadzama families and Wamdeo at large," one Victor Asuka Gadzama said. 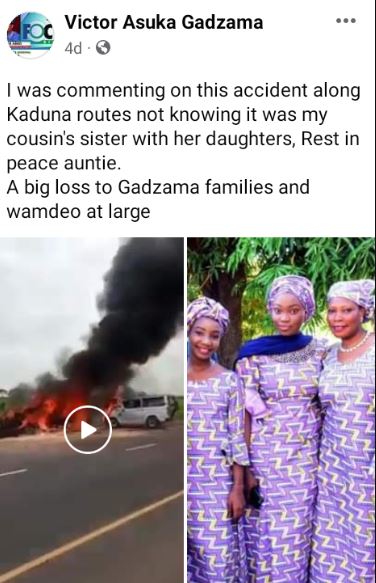 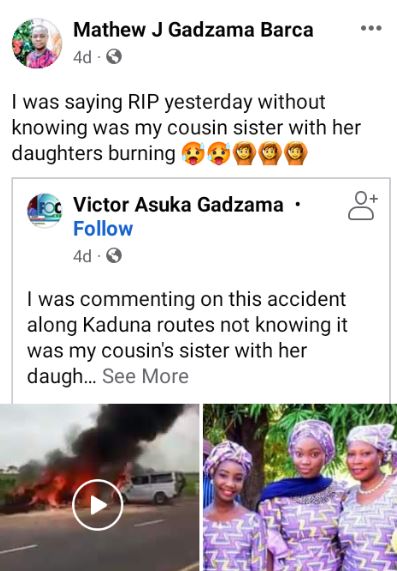