Bizzarri said Ferlazzo “gave his version of the facts and said he was sorry,” adding that Ferlazzo, who is white, said, “there was no racial element” involved. 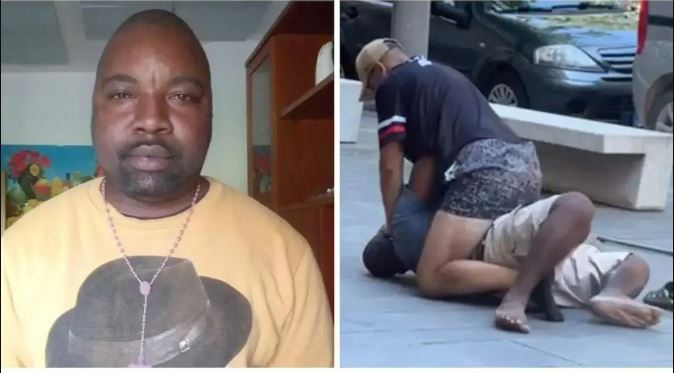 The alleged murderer of a Nigerian in Italy is set to face the full wrath of the law.

Roberta Bizzarri, the defence lawyer in the case of the killing of the 39-year-old Nigerian street vendor in Italy, Alika Ogorchukwu, said the perpetrator could face murder and robbery charges.

Bizzarri addressed reporters on Monday after Justice Claudio Bonifazi, who presided over the hearing for Filippo Claudio Giuseppe Ferlazzo at a jail near the Adriatic coastal city of Ancona, ordered the Italian to remain in jail as the investigation into the killing continues.

Bizzarri said Ferlazzo “gave his version of the facts and said he was sorry,” adding that Ferlazzo, who is white, said, “there was no racial element” involved.

Asked if Ferlazzo was saying sorry to the victim’s family, the lawyer said, “Yes, to the family.”

He said Ferlazzo could face charges of murder and robbery because Ogorchukwu’s cell phone was taken.

“Ferlazzo’s ‘sorrys’ aren’t enough, now only justice is needed and not vendetta,’’ Orgochukwu’s family said in a statement by their lawyer, Francesco Mantella.

“It’s difficult to understand what happened,’’ Mantella said, adding that the widow, Charity Oriachi, wanted to see the suspect “face to face” to try to understand why he killed her husband.

Police took Ferlazzo, 32, into custody on July 29, minutes after the vendor was beaten and left dead on a busy shopping street in the beach town of Civitanova Marche as bystanders, including two who filmed the attack, watched.

An autopsy this week will determine the cause of Ogorchukwu’s death.

Widely circulated videos had shown the suspect on top of Ogorchukwu, pummeling him with his bare hands after first striking him with the victim’s own crutch.