The police boss ordered the immediate enforcement of drone usage regulations, arrest of violators and confiscation of such drones. 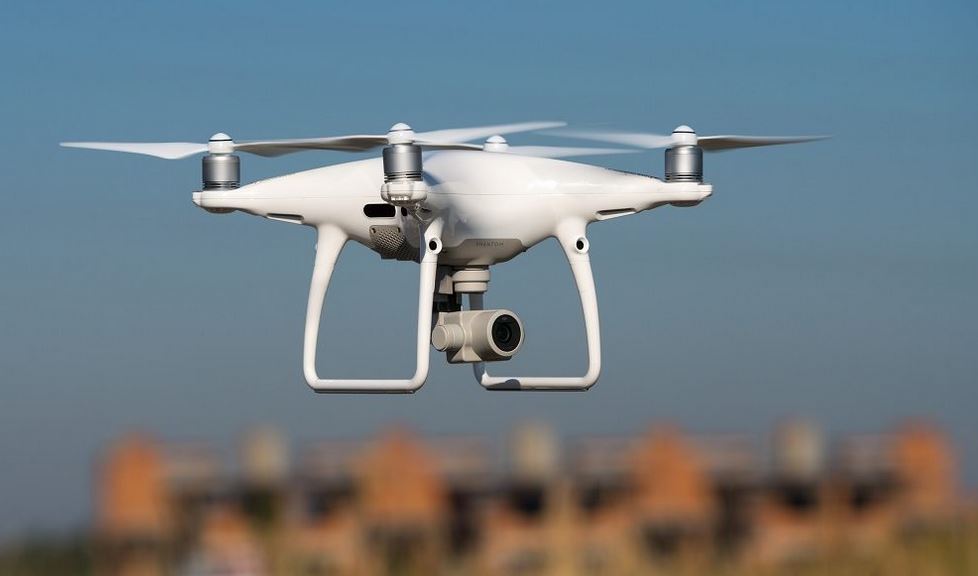 The Commissioner of Police in the Federal Capital Territory (FCT) has warned individuals against the illegal use of personal and commercial drones in the FCT except if they obtain certifications from the Nigerian Civil Aviation Authority (NCAA) or approvals from the Office of the National Security Adviser.

In a statement released, the police command said information at its disposal as well as public outcry on the sighting of drones hovering around personal and government-restricted air-spaces contrary to extant laws, thereby creating fear and apprehension in the minds of residents, pushed the decision.

The statement adds that the police boss has therefore ordered the immediate enforcement of drone usage regulations, arrest of violators and confiscation of such drones.

''Consequent upon the above, the Commissioner of Police FCT Command CP Babaji Sunday has directed the immediate Enforcement of Drone usage Regulations, arrest of violators, and the confiscation of such Drones.

In the light of the above, it is pertinent to state that flying drones in the FCT requires meeting certain qualifications, obtaining certifications, as demanded by the Nigerian Civil Aviation Authority (NCAA), & Obtaining approval from the Office of the National Security Adviser- (NSA) as the case may be without which it becomes an offense to at any time and any day be found flying one.

The CP while calling for calm, noted that investigations carried out has shown that the small and lightweight drones sighted are of zero imminent security threat as they are flown by individuals for leisure or commercial purposes. However, to help the Police effectively Police the air-spaces, it is important to in addition to the above notify the Police of the usage of the drone in every instance, especially for commercial purposes.'

The Commissioner of Police, while tasking DPOs and other vital organs of the Command to carry out the enforcement, urged residents to be law-abiding and exercise calm bearing in mind the assurance of the Command’s unalloyed commitment to bringing crime and criminality to its barest minimum. while the Police continue to take proactive security measures, residents are urged to remain vigilant, and report any suspicious or abnormal occurrences to the Police through the following emergency lines: 08032003913, 08061581938, 07057337653, and 08028940883, while the Public Complaint Bureau (PCB) desk, could be reached on: 0902 222 2352.'' 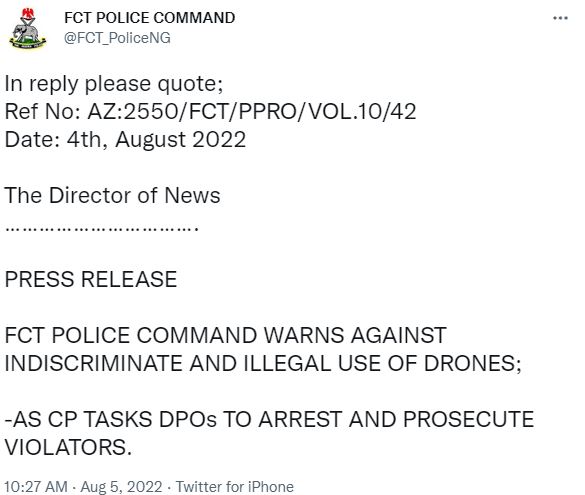