According to him, dating a broke woman can drain a man because they love the soft life. 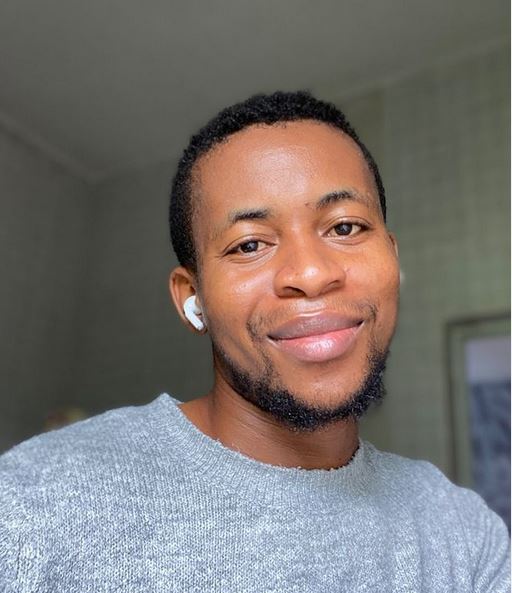 Popular Nigerian life coach and writer, Solomon Buchi has an important word of advice for men.

He urged men to stop being in relationships with broke women.

In a tweet shared on his handle, Buchi stated that broke women do not help their men grow.

''Men, stop dating broke women. They won’t help you grow. They’ll drain you. They need money for everything, even for oxygen. They hate work, but they love soft life. Check their IG, you’ll think they’re millionaires. Avoid dating broke women, but give them jobs if you can, but they hate working though. So it’s a lose-lose case.'' 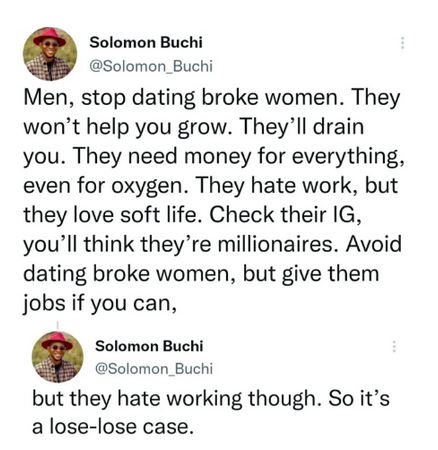