The protesters numbering over 50 said they invested various sums of money in the company with a promise to get their payment, but two years after, nothing has been heard from the company’s Chairman/Chief Executive Officer, Maxwell Odum. 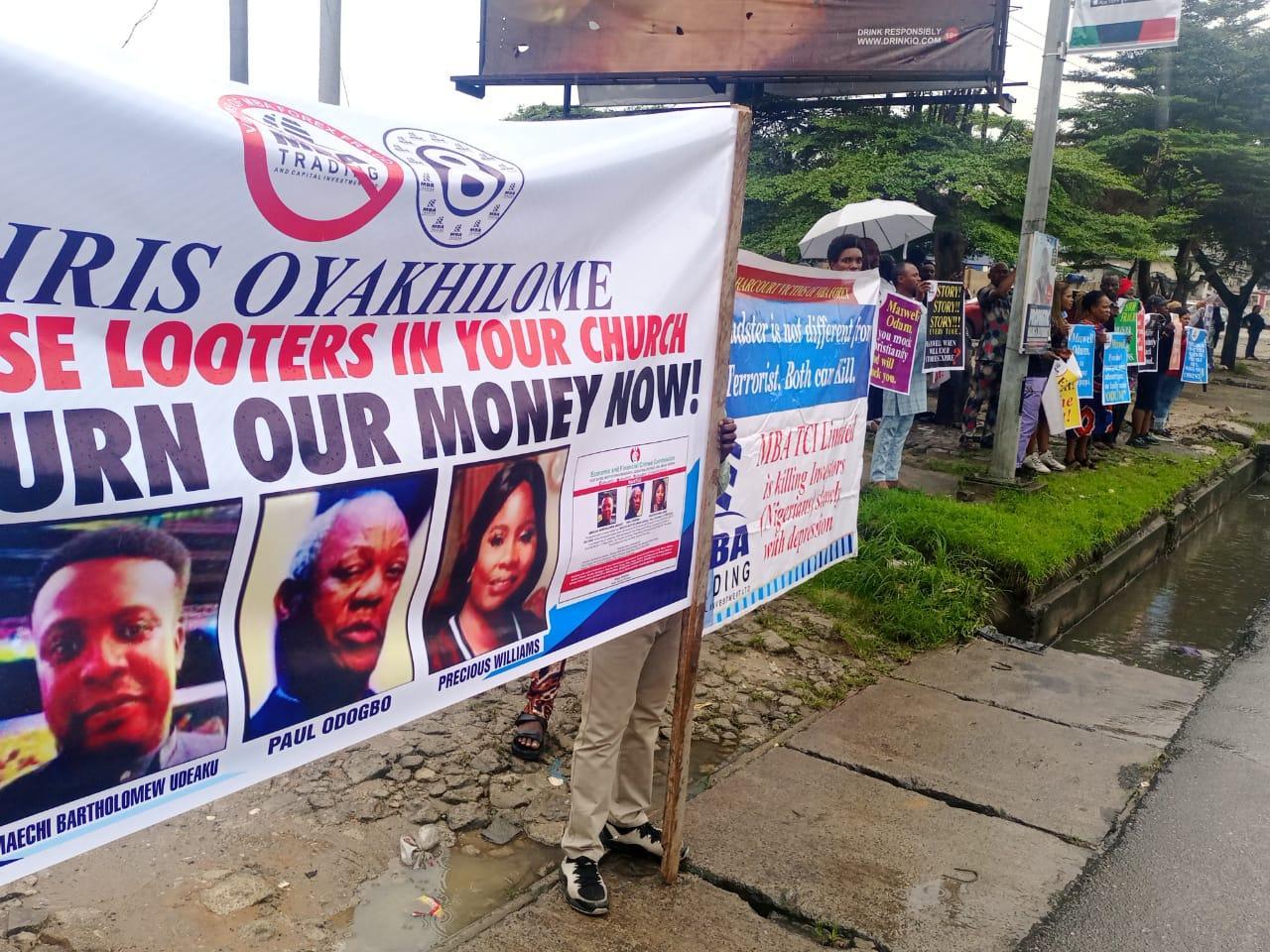 Many victims have protested on Sunday against a forex firm, MBA Trading and Capital Investment Limited.
The protest happened at the Christ Embassy Church located on Peter Odili Road in Port Harcourt, Rivers State on Sunday.
According to Vanguard, the protesters numbering over 50 said they invested various sums of money in the company with a promise to get their payment, but two years after, nothing has been heard from the company’s Chairman/Chief Executive Officer, Maxwell Odum.
The Economic and Financial Crimes Commission had declared the company’s Maxwell Oko wanted for alleged fraud in 2021, following a petition it received from the victims who stormed its premises to protest and demand the former’s arrest.
The protesters, including women, said they were going through untold hardship and suffering since the company allegedly collapsed, saying some of them had died from depression, while some had been evicted from their houses due to their inability to pay rent.
The protesters, under the aegis of ‘victims of MBA forex fraud’ gathered at the road leading to the church with placards chanting songs to drive home their demands, saying, ‘Maxwell Odum pay us our money.’
However, a mild drama occurred while they marched towards the church as a team of policemen stopped them from going further, but irked by their presence, the protesters raised their voices and continued singing.
Some of the inscriptions on the placards read, ‘My hard-earned money should not be your tithe’, ‘Maxwell, when will your stories expire?’ ‘Maxwell, I can’t feed well again because of you,’ ‘Our children are driven out of school for lack of school fees.’ 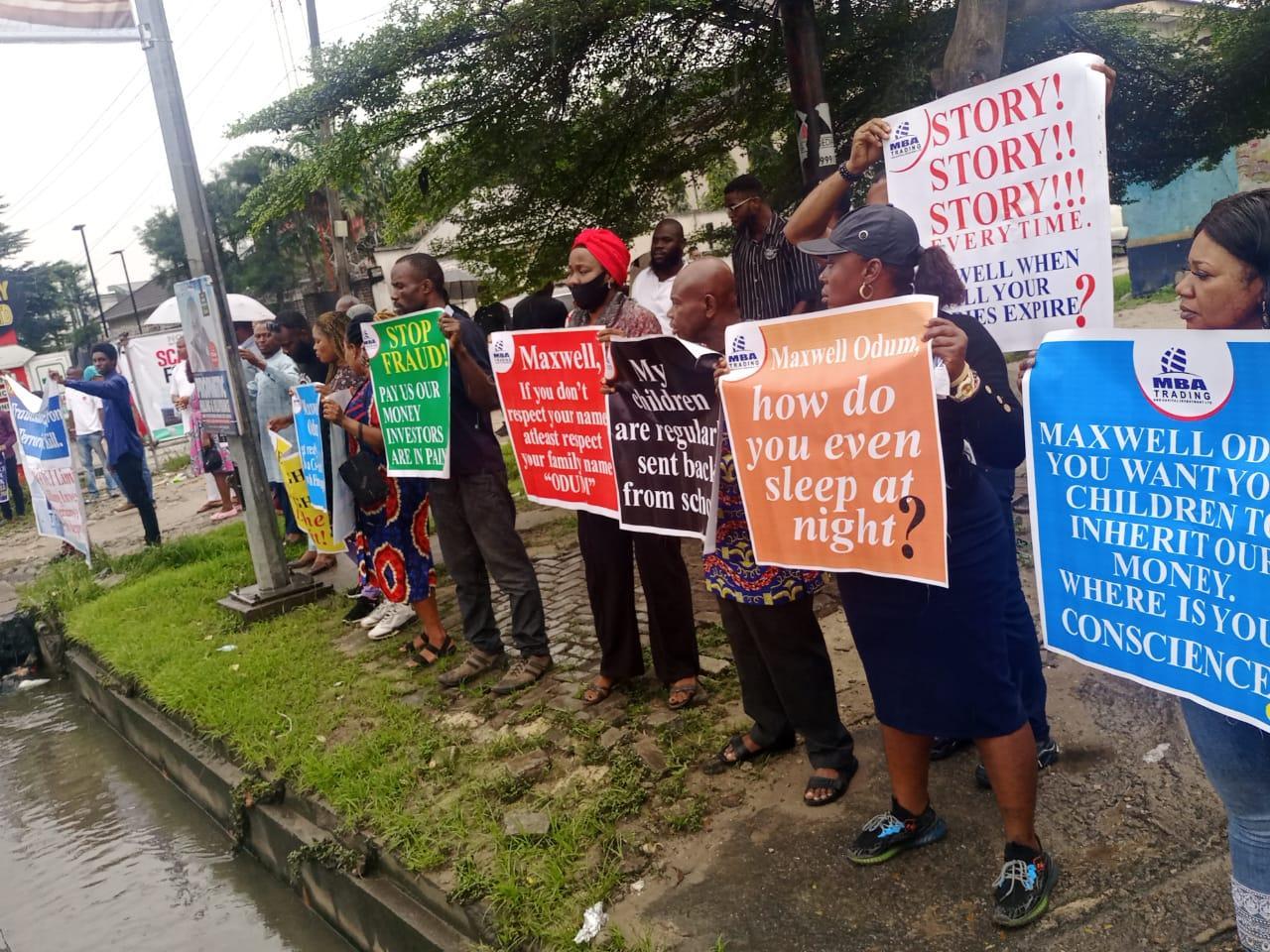 Others were: ‘How do you even sleep at night?’ ‘Stop fraud, pay us our money. Investors are in pains,’ and many more. This was as the policemen blocked them with three patrol vans while some officials of the church trooped out to know what the situation was.
Speaking to newsmen, the leader of the protest, Christian Agadaga, said they were in the church to register their grievances because the failed firm’s boss, Odum was a member of the Christ Embassy.
Agadaga said, “Victims of the MBA forex fraud have assembled at Christ Embassy Church at Odili Road in Port Harcourt today to register our displeasure and to say how we feel.
“Our pain, agony, and our calamities are because of just one man, Odum, who defrauded Nigerians who invested in his company to the tune of N213 billion.
“He promised to pay the returns on our investment but today, he is nowhere to be found,” he alleged.
Continuing, Agadaga said, “While we were trying to recover from the shock for over two years now, recently, the EFCC has declared three persons wanted. From our findings, these persons are all members and workers of this church, Christ Embassy.

“We have come here to let the leadership of the church know our pains. We want to use this opportunity to appeal to the founder of this church, Pastor Chris Oyakhilome, a man we have seen for some time now, who doesn’t tolerate misconduct.
“For him (Oyakhilome) to have, some days ago, suspended his relation from all church activities over an action he didn’t find pleasing, shows the kind of person he is.
“We are appealing to him to immediately reveal the hiding places of these persons, declare wanted those that are members and part of his church to the EFCC.
“We cannot take this anymore. Some of us have died. Some are hospitalised. Few of us that are still alive are not sure of tomorrow. Many of us are homeless as a result of this fraud meted out on us by pastors of Christ Embassy.”
He added, “Now, we are asking our money as victims whose money has been siphoned, the pastors should return the money now to the EFCC. We cannot tolerate this anymore because we cannot continue to die in silence. We must take our money back.”
He also gave a five-point demand to the EFCC to apprehend all those allegedly linked to the fraud.
“We demand that the EFCC launch a full-scale manhunt against all persons declared wanted in connection with the MBA forex fraud and recover all assets belonging to them.
“We demand that all bank managers, directors and members of staff, who aided and abetted all illegal transactions on the MBA forex be made to face the law.
“We demand that the EFCC open all properties so far ceased for the temporary usage of all victims of the MBA forex, pending when the promises made to them are fulfilled. 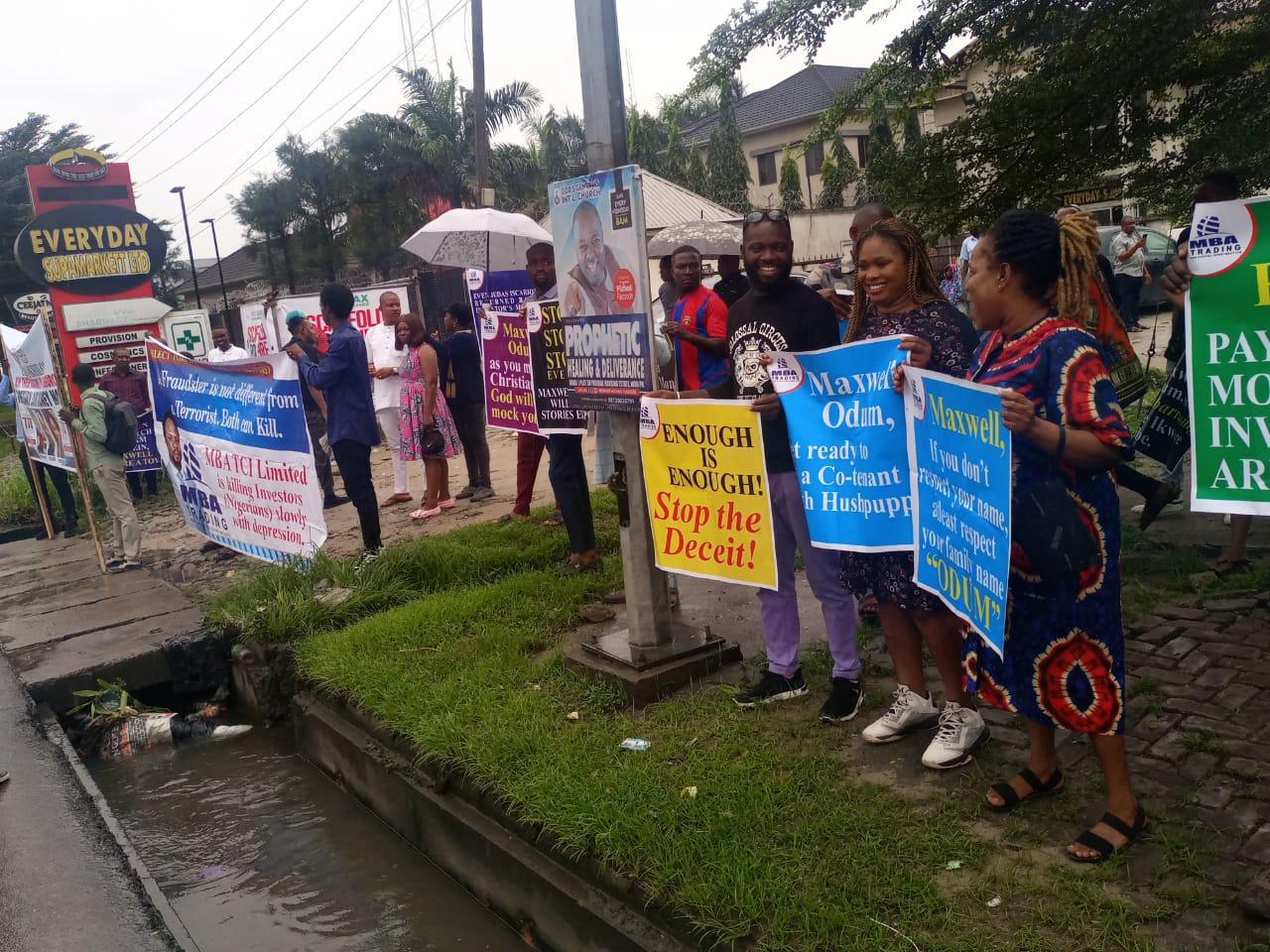 “Because the MBA forex investors can no longer endure this frustration, we are giving the EFCC 21 working days to immediately swing into action and make sure all those declared wanted are arrested and prosecuted.
“It has taken almost two years and Odum has not been arrested. We demand that the EFCC show sincerity in this fight by declaring a reward to any person, group or institution across the world with information that could lead to his arrest,” he stated.
But speaking to Vanguard, an official of the church, who did not want his name in print, expressed sadness that the protesters would come to disrupt ongoing service.
“Why would they bring their protest to the temple of God? This is a church. It is completely unacceptable. This is sacrilege,” he said. 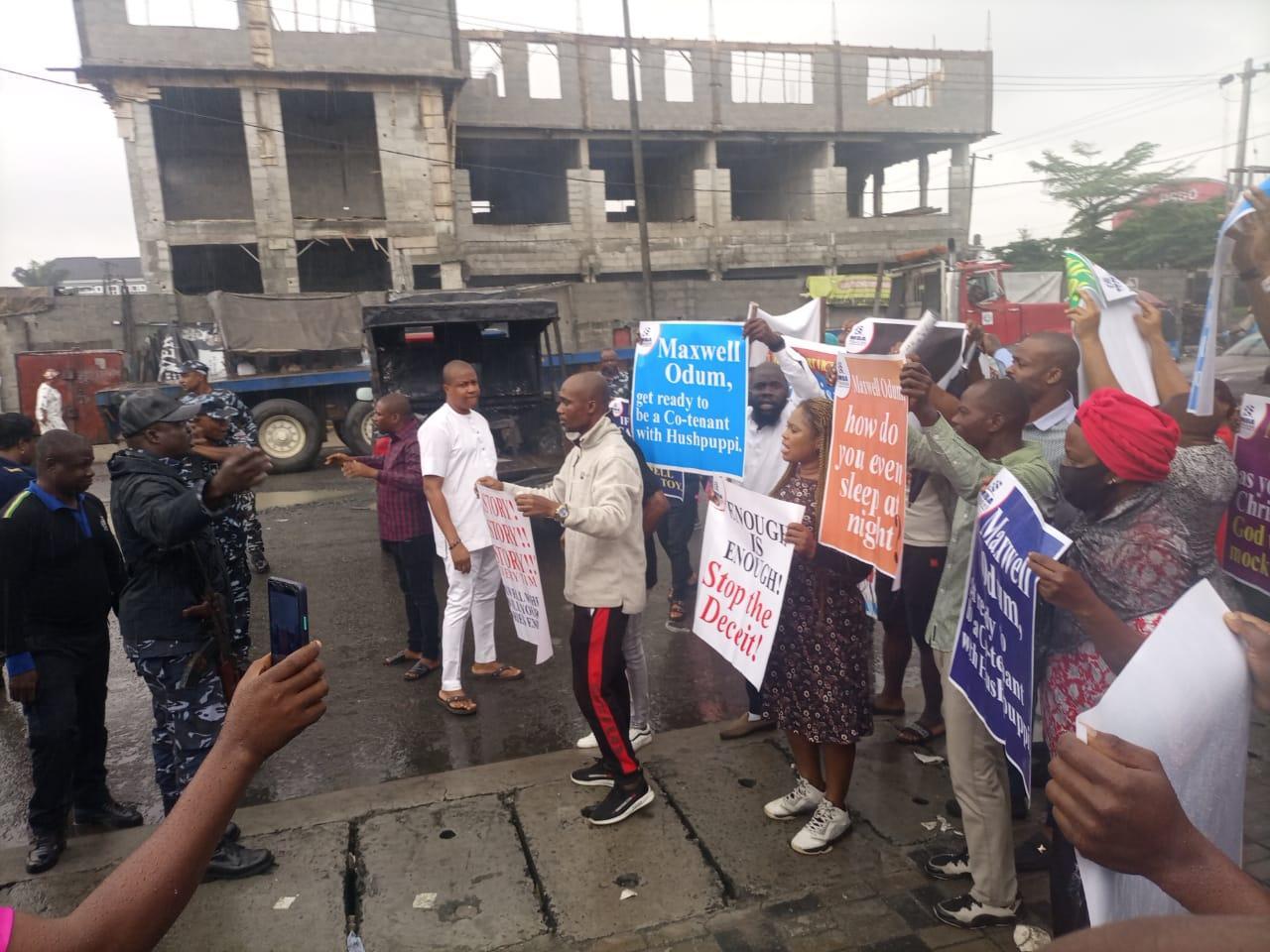