The veteran Nollywood actor, speaks about the widespread involvement of celebrities in politics. 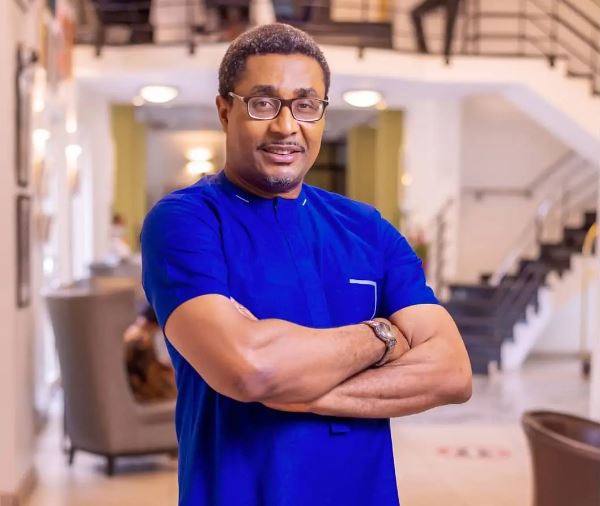 In this interview, he speaks to VICTORIA EDEME about the involvement of celebrities in politics

There were reports that a particular presidential candidate asked you to endorse them with a certain sum of money. How true is that?

That report is false, and I don’t know where it emanated from. Nobody has approached me for anything. Nobody approached me to endorse anybody for N10m.

I have my preferred candidate.

What do you think should be the limit of entertainers’ involvement in politics?

What are your thoughts on entertainers that endorse certain candidates publicly?

I have not done that because it is not my style. However, people who know me know who I am supporting. Publicly endorsing a candidate is the choice of anyone who decides to do that. Whether the person is doing it for money, or so as to be noticed in exchange for pecuniary gains, I don’t know.

For the entertainers that have endorsed candidates, I don’t know whether they were paid or not. One cannot force anybody to support one’s candidate. Politics is a game. We all have reasons for supporting particular candidates. If my reason for supporting any candidate does not appeal to anyone, that does not give them the right to castigate me.

It is just that there is a general feeling of rage and anger across the land because of all the things we’re going through as a nation. Some people believe that when one endorses a particular person, one is doing a disservice to the nation, going by what we have on ground. The bottom line is that politics is a game. Anyone can play it, but they should not insult others in the process.

What are your thoughts on entertainers that are aspiring for public offices?

Are they not human beings? They have the right to vote and be voted for.  They are Nigerians, educationally qualified, and mature enough to know right from wrong. It then depends on the electorate. Do they think these people are the right people to actualise their expectations? If yes, they can vote for them.

Don’t forget that if they harness their social capital very well, they (entertainers) can bring a lot to the table. Politics is a game of numbers, and some of these entertainers have huge followership.

Some of these entertainers-turned-politicians have faced criticism from their fans. What are your thoughts on that?

Everyone has a right to do whatever they want within the ambit of the law. If one is a fan of someone and one feels one’s role model is not doing well, one has the right to criticise such person. For example, if I feel that as a deputy governorship candidate, I can bring a lot to bear if I am in public office, why won’t I do that? No matter what one does, some people will be against one. That is the way of the world. One needs to have it at the back of one’s mind that not everybody will be for one. While some people criticise these entertainers/politicians, others applaud them.

Have you ever considered joining politics?

I am too straight to be bent. That is the only way I can answer that question.

Are you saying that entertainers who are into politics are the ‘bent’ ones?

Don’t interpret that. When I say I am too straight to be bent, it means I will step on toes. I am politically aware.

That statement speaks volumes. We all know the way politics is played in Nigeria. I don’t want to compromise myself, especially not at the level I am in now.

What is your advice to Nigerians concerning the forthcoming elections?