Social media has been awash with unconfirmed accounts of how the media committee set up by the party expended between N600m and N800m on publicity alone. 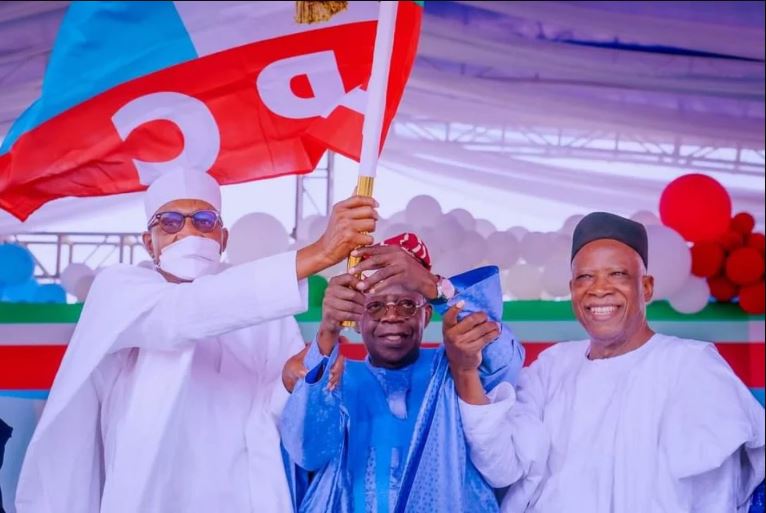 The All Progressives Congress has revealed how much it spent on its presidential primary election.

The APC on Friday dismissed speculations on social media that its publicity committee expended a whooping N800m to host the presidential election that produced Asiwaju Bola Tinubu as its flagbearer.

Social media has been awash with unconfirmed accounts of how the media committee set up by the party expended between N600m and N800m on publicity alone.

The allegation became rife a few days after the end of the three-day APC National Convention which was held at Eagle Square in Abuja from June 7.

Addressing journalists on Friday after he submitted his official report at the APC national secretariat, the Chairman of Media and Publicity Committee for the special convention and Governor of Nasarawa State, Abdullahi Sule, debunked the report.

Also present during the report submission was the Secretary of Publicity Sub-Committee, Senator Bello Mandiya, and other members.

According to Sule, the 56-man media committee was given N120m, spent N100m and returned N20m into the party’s account.

He said, “I am here with a draft of N20 million to present to the Chairman of our Party as the balance remaining from what we were given because we did not spend everything.

“The good part of your question is to clear the air on what earlier appeared on the social media that we were given N500m, N800m and this and that. We were only given N120m from the beginning and we spent roughly N100m and returned N20m back to the party.

“Initially, we were given N30 million a day after our inauguration. Thereafter, we got another N60 million. In all, the Party gave us N140 million which we expended on advertisements, media appearances, hotel accommodation, logistics for some media personnel who were brought in from outside Abuja and other sundry expenses, the details of which are contained in the report.

“We became a little more prudent. We were able to conserve some of the resources. Because of that, we were not able to expend everything given to us and we were able to bring back the balance back to the party.

“In addition, we got one of the best support from media Houses. We never had this kind of support when I was chairman of the previous committee that produced the NWC. We are grateful for the maximum support we received from the media.”

While appreciating the governor and the convention media team for having the integrity to return the surplus to the party, the APC National Chairman, Senator Abdullahi Adamu, disclosed that the members were the reason the primary was successful.

Adamu who was a former governor of Nasarawa State, consequently promised to lead the reelection campaign of Governor Sule, saying; “these are the kind of people we need in leadership positions. People who are honest and transparent in all ramifications”.

“I feel delighted and appreciative for the effort of the committee set for the organisation of the last Convention by the party. I did say when we were receiving the report we appreciate the level of integrity the committee has shown from the point of leadership provided for the good job they did. And they have been so transparent and accountable to the extent of declaring some surplus. A few others have submitted their report before today and I did mention that when I was giving the report you have set a good example.

“The challenges were high but you were to deploy the publicity to defuse the tension and we were able to have a good convention. Not a single incident was reported and it was all because of the role your committee played by ensuring that everybody was carried along. We want to thank you for that,” he said.