Oluranti Familoni discusses common heart conditions and their management in this interview. 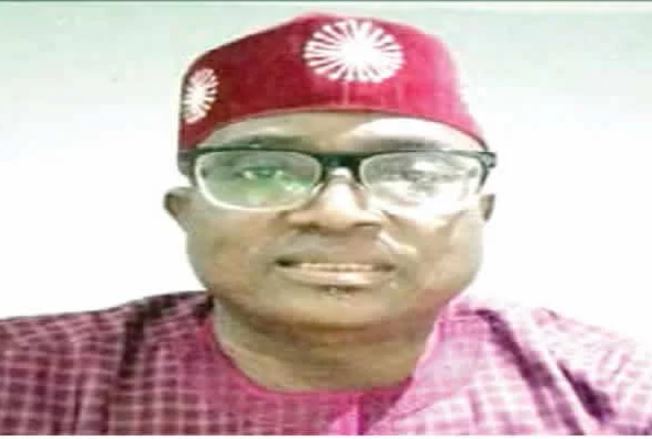 Oluranti Familoni, a professor of Cardiology at the Olabisi Onabanjo University, has talked about why many Nigerians now risk having cardiac arrest.

What is cardiac arrest?

Is there a difference between cardiac arrest, heart failure and heart attack?

If the shortage of blood to the heart causes heart attack and the heart is the organ that supplies the whole body with blood, how would it not also supply itself sufficient blood? Can you reconcile that fact?

The heart supplies itself through the coronary arteries and when they get blocked, it affects the blood supply to the heart and when there is no blood supply to the muscles of the heart, that patient would be said to have a heart attack or myocardial infarction and when that happens, the muscle cannot pump. It’s just a similar condition of not having a petrol in the car, no matter how beautiful that car is, once there is no petrol or there is a blockade in the supply of petrol, the engine will not run and affects the whole entity and that’s why heart attack is dangerous for the rest of the body.

Apart from shortage of blood and causes mentioned above, what are the other causes?

There are other causes too and I will take them one after the other. First, cardiac arrest is an end product (terminal thing) of many things and one of the things that can both cause a heart attack, heart failure and invariably leads to cardiac arrest is hypertension. 50 per cent of all patients who go into heart failure or go into heart attack will have a background of hypertension. We usually say that if hypertension can be taken away or a patient can manage it, then about 50 or 75 per cent of the chances of having heart disease has been taken away. Majority of the patients have hypertension. Some others will also have things like high cholesterol, which causes a blockade of vessels or the coronary vessels that will not allow blood to go into the myocardium. Other things like obesity, smoking, diabetes are also causes.  They are usually called the big five. When you take things like hypertension, obesity, lipid problems (cholesterol), obesity and smoking, you have actually taken most of the things that will cause either a heart attack or a cardiac failure. Like I said, cardiac arrest is an endpoint of many conditions of the heart. Smoking damages the vessels going to the heart and makes them prone to blockade which makes them prone to myocardial infarction.

There are other causes like drowning, electrocution and all that but those are very tiny. The big five are the things that I have mention above.

What are the symptoms?

Like I mentioned, heart failure is characterised by its gradual process. It’s a gradual thing. Patients usually become breathless; distance that they walk, they, all of a sudden, can’t walk that distance anymore. They get easily tired; they cough, they could have swollen legs and cannot sleep at night. It gets worse over the months or years and might lead to death as distinct from heat attack, which is usually very sudden. Usually for heart attack, the patient will suddenly have a severe chest pain. I will like to reiterate that the pain from myocardial infarction is usually not on the left side of the chest as thought by many. It’s usually felt on the central part of the chest, around the breast bone (sternum). It’s a very severe, excruciating pain. The pain will be so bad that about 25 per cent of the patients will just fall down and die. The other 25 per cent, which does not have sudden death, will experience what they call the feeling of death – having the feeling that death is on the way. Then the pain might go to the back, to the left arm, left jaw and so on but it’s usually central around the sternum. Usually, patients will sweat, vomit and they will fall down. That is for heart attack.

For cardiac arrest, patients usually fall down, no matter what. They might have little or no pain, unless that cardiac arrest has come from a heart attack and if it does, there will be the preceding pains that is the symptom, like I have mentioned but it could happen on its own, in which the heart just suddenly stops functioning, which can be as a result of electrical problems of the heart. The heart pump is electrically generated. So, if there is an electrical problem, the heart stops suddenly and the patient will fall down, blood will not be supplied to any part of the brain. The patient becomes pale, almost white, because there is no blood supply to any part. There’s usually no pulse and if nothing is done within four minutes, patients will have irreparable brain damage and patient will die. That’s why I said it could be irreversible.

How common is the condition?

Cardiac arrest is becoming commoner now because hypertension is increasing every day. Our lifestyles are getting more westernised and people are not doing exercises. About 10 to 20 years ago, hypertensive patients in Nigeria were about 20 per cent but now we are talking about 40 per cent and that will increase the rate of myocardial infarction and cardiac arrest because our diets are getting westernised and all those processed foods keep blocking people’s arteries and more people are having myocardial infarction.

According to our recent study, which was conducted nationwide on acute coronary syndrome, one per cent of the population will have heart attack. One per cent of over 200 million people is a lot.

How is it diagnosed?

Heart failure is easy to diagnose. Everyone will see that the patient cannot do what he is used to doing before. His legs will be swollen and he will be coughing and he cannot move. They are easy to identify.

Is there any sign one should watch out for that could give a clue before the sudden collapse?

For myocardial infarction, there’s usually a warning sign called agina. This occurs before a full heart attack. It is characterised by pains in the chest and one would find out that he can’t move the way he used to. For example, a walk from the house to the bus stop, one would find out that as he walks, he feels the pains but the pain stops when he slows down. That’s a warning sign called agina and if nothing is done about the agina, then suddenly there could be a massive heart attack and that patient might die. The agina simply implies that the blood vessel that should be 100 per cent open is now 30 or 40 per cent open. It may be there for months or years until suddenly there is a total blockade and the patient will have a massive heart attack.

How is it managed?

Heart failure can be treated very easily depending on what is causing it. 50 per cent is caused by hypertension, so, the first thing to do is to lower the blood pressure. There are other causes like diabetes and vascular disease. So, we first of all treat what we call the risk factors or causative factors and then there are drugs to help the heart pump better. Heart failure gives time to treat. Heart attack, about 25 per cent will die immediately but if one is among the lucky 75 per cent that doesn’t die immediately, there are drugs and interventions that will pull blood supply to the muscle. Heart attack is a problem of the vessels that supply the heart muscle itself. So, there are drugs that we can use and there are surgeries that can be done. Sometimes you have to create another channel through surgery so that blood can supply. It’s a supply and demand process and like I’ve said, heart attack gives only about four minutes.

What could be done as first aid to help a patient before the arrival of the experts?

This is one of the things that the public should know. If you see a patient fall suddenly and is pale white, what to do is to give a big bang to the chest on a flat, hard surface. It’s not a time to run away. If there is a place where people are trained, the cardiopulmonary resuscitation can be done. Cardiopulmonary resuscitation involves pressing of the heart about 30 times and breathing into the nostrils once. Keep doing this until help comes and many times, people have been saved. The heart can start pumping spontaneously and if there are hand defibrillators, especially in sporting arenas, it can be plugged and it can restart the heart. That is basic life support and it should be done within the first four minutes.

There are also many manual defibrillators commonly found around especially in advanced countries and it’s particularly found in sport areas and other public places. That is for cardiac arrest.

Heart failure will not lead to sudden death. It will give time to treat in which if not treated will lead to cardiac arrest.

Is it something that runs in the family?

Very preventable. It’s just like driving, if you don’t speed, it’s not likely that you will have an accident and it is usually easier to bring the car to a stop, same with these conditions. The risk factors are modifiable and non-modifiable. There are non-modifiable things like family history. If a parent, for instance, has a risk factor, there is nothing one can do about it. There are people, for instance in the Mediterranean and in Asia, who are more prone and there is nothing that can be done about that. It’s like a gender. If one is a female, even if she wears trouser, it doesn’t make her a male. Those are called non-modifiable factors but the modifiable ones are the ones I mentioned earlier – hypertension, smoking, cholesterol.

Hypertension can be treated. It is so common but it’s so easy to treat. All that is needed to be done is to be compliant with the drugs.

Diabetes can be treated with diets, exercises and is generally treatable. It usually has to do with lifestyle. Adjustment of lifestyle will help a lot. One can make up his mind not to smoke or get more involved with physical exercises to avoid overweight. That’s why they are called modifiable risk factors.

One can prevent these heart conditions by watching out for the risk factors which I called the big five which are hypertension, diabetes, lipids problem (cholesterol), obesity and smoking.