She revealed that none of the things she was accused of is real and that it was acting all through. 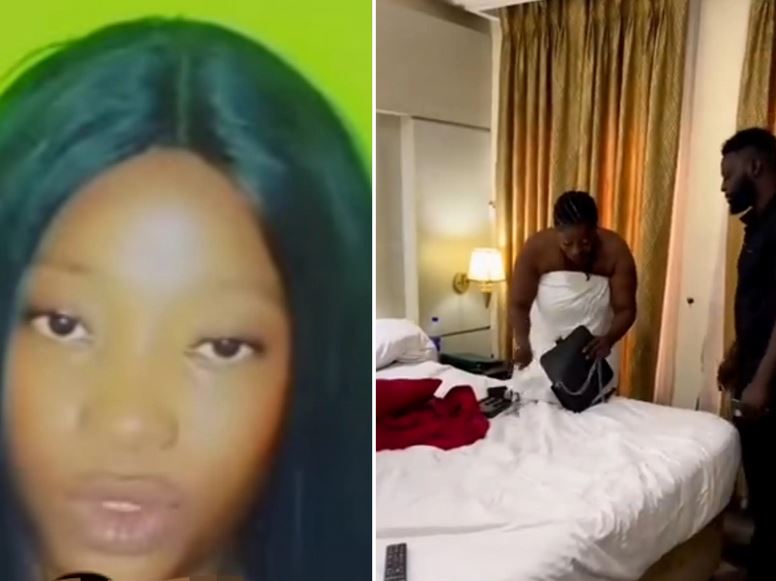 The young lady in a viral video accused of being a commercial s3x worker and stealing a client's passport, diamond earrings and gold has broken her silence.

She revealed that none of the things she was accused of is real. According to her, they were making a skit and it was all acting.

“Hi everyone my name is Ewatomi Lola Gold. I actually want talk about this my video that is trending about a prost!tute that stole a passport, Diamond earrings and gold.