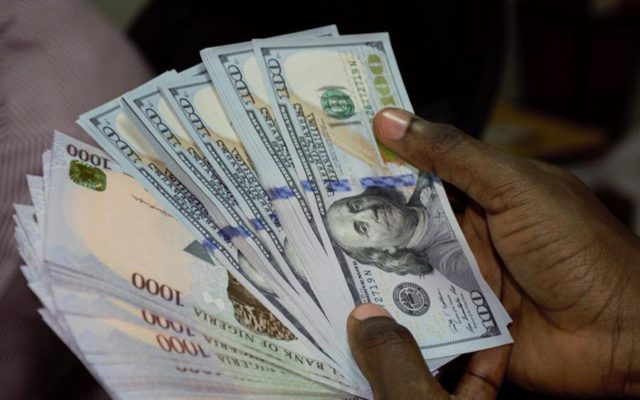 The naira has depreciated against the dollar at the black market on Tuesday, August 30, 2022.
Reports by Nairametrics revealed that naira is now trading at N705/$.
Similarly, the rate on the cryptocurrency P2P Exchange market has dropped to N701.89/$1.
This is according to information gathered from several black market forex traders, who spoke to Nairametrics.
The last time the Naira reached the 700/$ range was on July 27, 2022, a Wednesday. However, the latest decline in the Naira comes following a 34.3% decline in FX turnover, from $82.38 million on Friday, August 26, 2022, to $54.13 million on Monday.
The Naira’s depreciation follows reports that the Central Bank of Nigeria has released $265 million to save the Aviation sector, with a portion of it going to pay blocked funds owing to foreign airlines.
Top Stories