The Secretary of the branch, Musa Abdullah, who confirmed the death, however, said that a staff of Kano Electricity Distribution Company had also lost his life in the disaster. 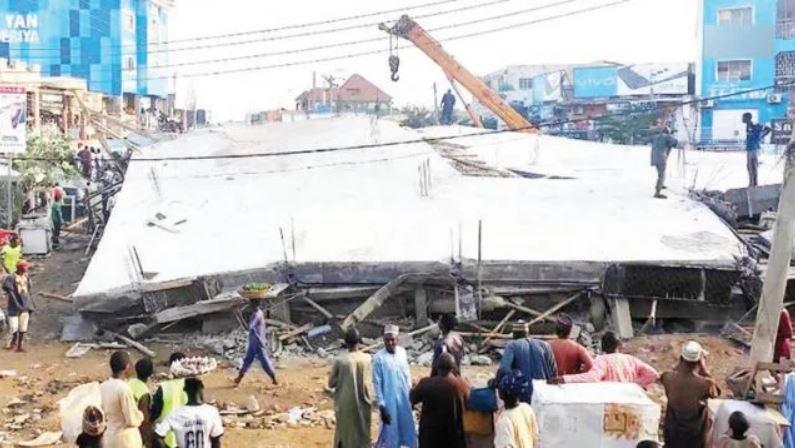 One person has been confirmed dead by the Nigerian Red Cross Society, Kano State branch after a building collapsed in Kano State.

The Red Cross confirmed that one person died at the hospital among the nine victims so far rescued alive, after the collapse of the three-story building at Beirut GSM Market on Tuesday evening.

The Secretary of the branch, Musa Abdullah, who confirmed the death, however, said that a staff of Kano Electricity Distribution Company had also lost his life in the disaster.

“A staff of Kano Electricity Distribution Company, who was trying to disconnect the building from the high tension but unfortunately, the power that was already shut down from the transformer, technically relayed back and trapped him which led to his death on the spot,” he said.

Similarly, the National Emergency Management Agency has confirmed that one person died among the eight rescued victims that were taken to Murtala Muhammad Specialist Hospital.

In a statement issued by Manzo Ezekiel, Head, NEMA Press Unit Abuja, said so far, as of 9:10pm Tuesday night, eight persons have been rescued and taken to Murtala Muhammed Specialist Hospital.

“Sadly, one of them was confirmed dead by doctors at the hospital, six with minor injuries were treated and discharged.”

Manzo explained that NEMA was alerted of the incident and immediately mobilised emergency responders to the site for rescue operations.

According to him, NEMA Search and Rescue team from the Agency’s Kano Territorial Office was also deployed to the scene to reinforce and coordinate the rescue operation.

Also in a statement by the Kano Fire Service Public Relations Officer, Saminu Abdullahi, the agencu said eight victims had been successfully rescued.

The statement maintained that all victims were successfully rescued alive with various types of injuries and that no lives were lost at the scene of the incident.