How I Handle S*xual Urge Without Being In Relationship – Actress, Bofie Itombra Speaks


Despite being perceived as someone who grew up abroad, the pretty screen diva also speaks her native language including Pidgin English fluently. 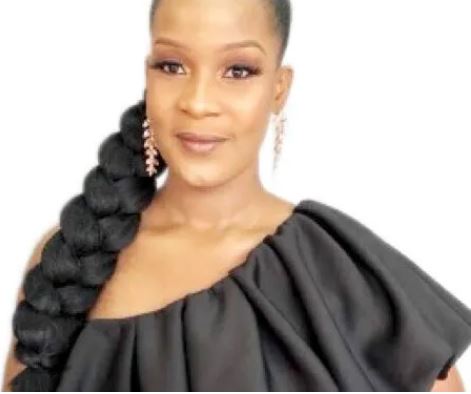 Bofie Itombra, the Nollywood actress is definitely a delight to watch in movies with her versatility.

Despite being perceived as someone who grew up abroad, the pretty screen diva also speaks her native language including Pidgin English fluently.

In this rare interview, the Bayelsa State-born Itombra talks about her journey to stardom. Please enjoy it.

Can you give us a brief insight into your background?

I am Bofie Itombra, an Ijaw by tribe, and I am the last born of my family. I live in Nairobi, Kenya where I did my secondary school. I went to the United States to get a Bachelor’s degree at Texas University, after which I went for my Master’s degree at University of Manchester, England. Then I came back home for my National Youth Service from where I began my acting career.

How exactly did you get into the movie industry?

I started going for auditions during my National Youth Service. In 2018, I got my first role in a TV series produced and directed by Mr Jones, and aired on Africa Magic. So, basically, I joined the movie industry in my service year.

Can you mention the top five movies you have acted in?

Let me start with the most recent one, Tiger’s Tail. I also I acted in Fine Wine, which was directed by Seun Babatope and aired on Africa Magic. I equally acted in some other movies. However, the first movie I acted in was Uncomplicated, and John Njama directed it.

Which movie would you say brought you into the limelight?

I did a television series in 2020 that made people see and recognise me. It’s called Riona, an Africa Magic series about Itsekiri culture. So, because of that TV series, people stated tagging me on Instagram and other social media platforms.

What would you say was your initial challenge in the industry?

The major challenge in the industry is getting paid for the job done. The payment structure needs serious re-evaluation, because an actor does not really get enough for the work he or she does. We can be on set from 7am to 3am; sometimes we could be there till 5am the next morning. We would have two meals in a day because we are always busy. So, the production budget seems not enough for the amount of work we put in.

Did you have any formal training in theater arts?

No, not really. My first degree was in Political Science and Master’s was in International Relations. But I am interested in the socio-economic aspect of policy making. Also, I am so passionate about the media and the art. So, basically that’s the reason I chose to venture into acting during my service year.

Did you get the support of your parents as an actor?

Yes, my mother has always been a great supporter of the arts; my brother even though a lawyer, is also a singer. So, everybody in my family has a thing for the arts. My mom drove me to my first brand advertisement job and she has always been supportive of my career, and encouraged me to use my God-given talent to carve a niche for myself.

What are some of the lessons learned in the course of your career?

I’ve learned to be hardworking and resilient, because this industry will test your patience and tenacity, but it’s better not to give up. For instance, for Tiger’s Tail, I went through several auditions before I was finally given the role of Amara. This taught me patience, resilience, and the virtue of never to compromise my standard. I believe if your craft is worth N500,000 for example, you should not shortchange yourself in a desperate need to make it in the industry.

What’s your experience working with some of the big names in the industry?

I had an amazing opportunity working with veteran actors like RMD, Aunty Tina Mba, Funke Akindele, Gloria Anozie-Young, and Ego Boyo etc. I felt honoured working with these people; they were very humble and patient. You know some Nigerian actors grew up watching RMD, so for me working with him, I felt special. I even forgot my lines one day and he was very encouraging, nice, helpful and supportive. Of course, I’ve had one or two bad experiences, but in most cases, nice experiences.

What would you say has inspired your acting and who are your role models?

It’s legendary American actor, Wesley Snipes who has the ability to delve into different characters. Here in Nigeria, I would say the likes of Joke Silva inspires me.

I grew up in a family of five. I found out that I could always mimic people; I could copy other people’s accents and speak like them. The average old school Nigerian parents would always frown at your wanting to be an actor; they don’t believe it’s a career but just a hobby or extra-curriculum activity. They would want you to study law, sociology or medicine. But these days, we have the likes of Burna Boy, Wizkid, and Tiwa Savage etc. in the music industry that have gone ahead to win Grammy awards.

What has been your lifestyle change since being in the movie industry?

Nothing has really changed. In the first movie I acted, I got paid N15,000. I was grateful for the opportunity, so I would say the change is in the pay, and it’s getting better. Also, being an introvert actor, one would have to go for premiere and award ceremonies. You have to be a little bit more extroverted and friendlier, though I am a shy person and an introvert on a normal day.

Are you single or married?

I am not married, and I’m not in any relationship at the moment.

People would like to know the reason a beautiful lady like you is not in any relationship.

For now, my priority is building my career and financial capacity. If love and marriage come, well, no problem. But for now, my career, financial capability and standing on my two feet are paramount.

How then do you handle s*xual urge?

I am fine (laughs). I’m a believer first of all, so I’m definitely on a spiritual journey. I try not to think about that too much. Everybody has (s*xual) desires, but literarily, I put my body under suspension until it’s the right time and moment with my husband.

You sound like you’ve experienced some heartbreak in the past, could you share the experience with us.

We’ve all had our own fair share of pain in life. What’s life without pain, happiness, good time and bad time, high and low time? Basically, that’s how life is.

What kind of man would you desire to have in your life?

My kind of man will be a born-again Christian, who is filled with the Holy Spirit, with the evidence of speaking in tongue. I desire a man who is consistent, kind, loyal, and hardworking, a man with a plan and purpose, and who is from a good home.

How would you describe your personality off-screen?

I am friendly and warm but introverted. So, it is only the people from my inner circle that would be able to relate with me. I like traveling; I grew up in multiple countries, I’ve lived in India, Kenya etc. I’m just a warm, kind and friendly person.

Aside acting, do you have any other business you are involved in?

Can you marry a man that is much older than you?

The maximum I can do is 12 years. Anything more than that is much, which means there will be a generational gap, and that’s not too good.

What are some of the changes you would like to see in Nollywood?

Number one is the pay; actors don’t get paid enough. So, I would like the payment structure to be reviewed. Also, the payment should be done on time.