A letter dated September 4 and addressed to the APC National Chairman, Senator Abdullahi Adamu, had emerged on Sunday evening. 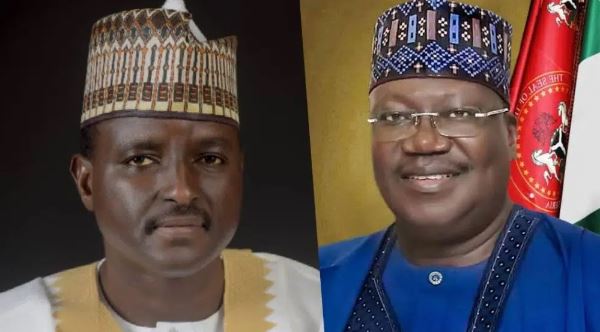 Bashir Machina has alleged that a letter purportedly announcing his withdrawal from the senatorial contest and resigning from the APC was forged.

Machina is the candidate of the All Progressives Congress (APC) for Yobe North senatorial district.

Recall that Machina won the senatorial primaries of the APC but the leadership of the party are allegedly making moves to replace him with Senate President Ahmad Lawan.

A letter dated September 4 and addressed to the APC National Chairman, Senator Abdullahi Adamu emerged on Sunday evening which Machina has now denied.
The poorly-written letter claimed that Machina had withdrawn and resigned from the party.
The letter is reproduced here verbatim: “I write to notify you of my resignation from the All Progressive Congress (APC). I am by this letter also informing you of my withdrawal from the Yobe North Senatorial race.
“These decisions was taking due to my personal reasons related to misunderstanding between I and the leadership of the APC in Yobe State. It’s my hope to reconcile the issues in close-door but unfortunately I was not opportune to made it.
“It’s my pleasure to use this medium to thank all my supporters for your solidarity and love.
“I wish to thank you personally for your graciousness and leadership. I also wish you best of luck in service to the party.”
Reacting to the letter, Machina stated that it was forged as he never at any time resigned from the party nor withdrew from the race.
He said; “It is brought to my notice that some unscrupulous elements have forged my withdrawal letter out of mischief and blackmail.
“I want to state unequivocally that the purported letter was forged. I did not at anytime withdraw nor resign from my party.
“I was shocked when I discovered that some persons concocted plans to mislead the public, particularly my supporters, into believing that I have withdrawn.
“The discrepancies between the two dates expecially between the date of writing the purported letter and the date it was receipt exposed the authors inadequacies and lack of sufficient administrative knowledge.
“Although we suspect that this letter may be another fake news and the hand work of enemies of peace, yet the APC’s National secretariat must speak up on it since it is carrying the official stamp of the secretariat.
“For the avoidance of doubt, I have not resigned nor withdrawn my candidature, I am in APC and have no intention to move to any party. I will (insha Allah) pursue my senatorial ambition on the platform of the All Progressives Congress.
“I have already instructed my lawyers to review the fake letter and take necessary legal actions against the culprit(s)”.
Top Stories