Goya was awarded the Nigerian Best Streer Pop Artiste, and Portable had expressed dissatisfaction with it saying the former was overrated and deceived. 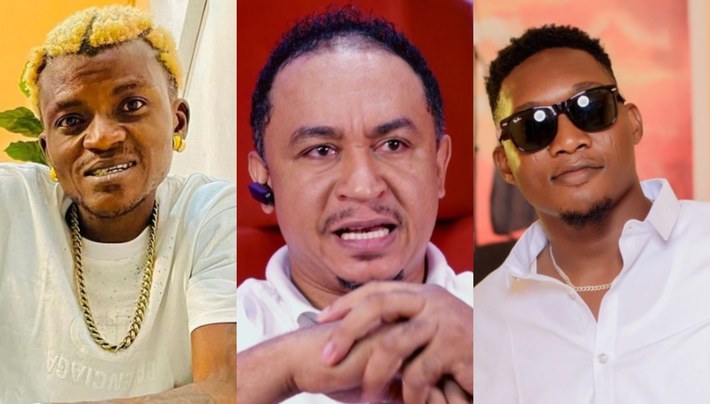 Freeze reacted to Goya Menor’s statement that Habeeb Okikiola known as Portable is not properly educated.

Goya was awarded the Nigerian Best Street Pop Artiste, and Portable had expressed dissatisfaction with it saying the former was overrated and deceived.

Reacting, Goya said Portable is an illiterate which made him not to be included in the just concluded awards.

However, Daddy Freeze reacted to Goya’s declaration that Portable is not illiterate but rather lost out because of bad manners.

Daddy Freeze said: “Portable didn’t lose the award because of lack of talent, he lost it because of his bad manners. That, he should work on. Talents he has in abundance.”