The yet-to-be-identified victims have been rescued by the National Emergency Management Agency.

Due to the heavy downpour in Lagos state, nine ladies have been trapped after a storey building around Akinwunmi Street, Mende, in the Maryland area of Lagos State sank on Monday.

The yet-to-be-identified victims have been rescued by the National Emergency Management Agency.

He said the agency’s officials were deployed to rescue the victims after receiving a distress call about the emergency.

He said, “NEMA received a distressed alert on a sinking storey building where nine people are said to be trapped. The building is located at 47 Akinwunmi street, Akinwunmi North Estate, Mende, Maryland, Ikeja.

“The torrential rainfall, which lasted for about four hours in the early hours of the day, flooded lots of communities in Lagos State. NEMA advance team upon close observations called for more reinforcement of personnel.”

Farinloye said while speaking with one of the trapped victims, one Blessing, she said they were up to nine people, mostly women, who were trapped when the building started sinking after being submerged.

He added, “The landlord of the building had used a ladder to escape, but NEMA questioned him for failure to contact emergency responders, but someone from one of the trapped victim’s offices contacted NEMA.

“The agencies on the ground now are LASEMA, Lagos State Fire and Rescue Service, and Police Disaster Management Unit. The rescue activities have commenced, and all the nine trapped ladies have been successfully rescued.” 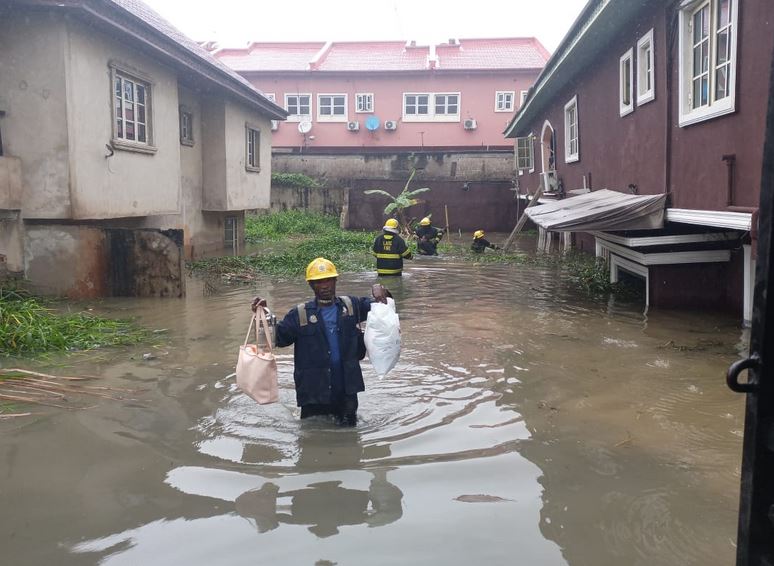 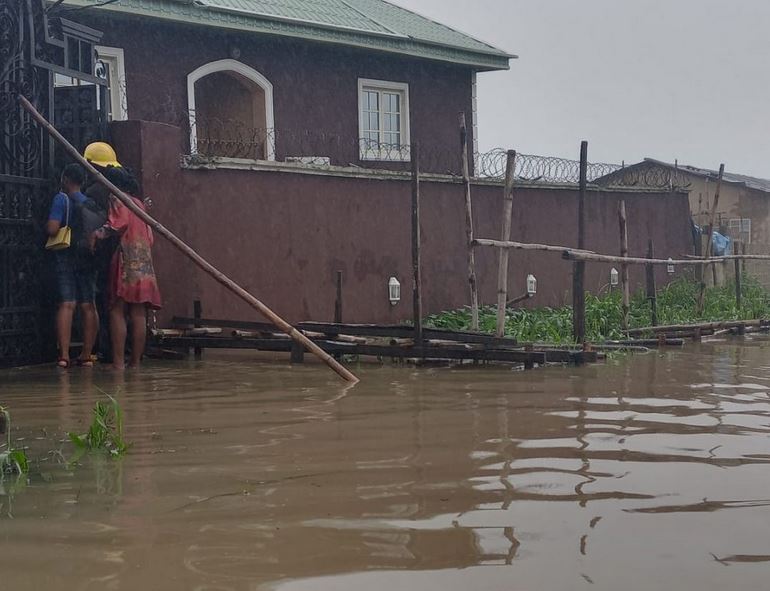 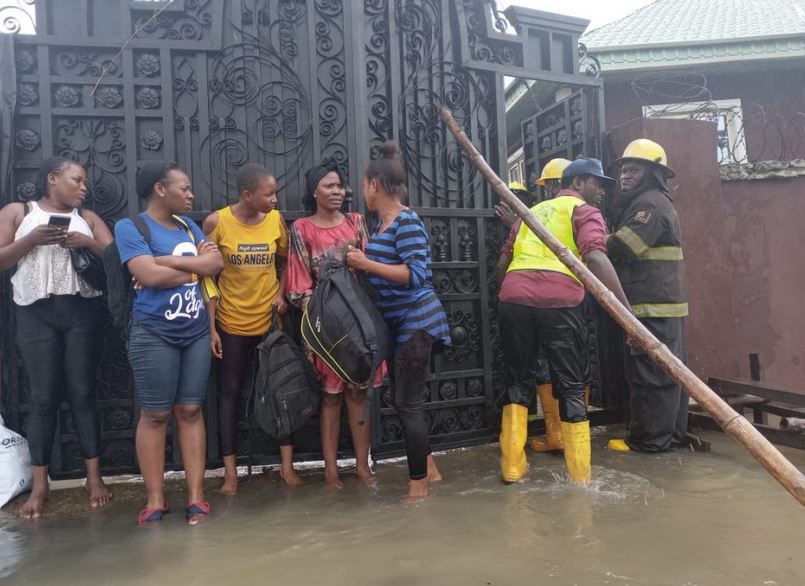 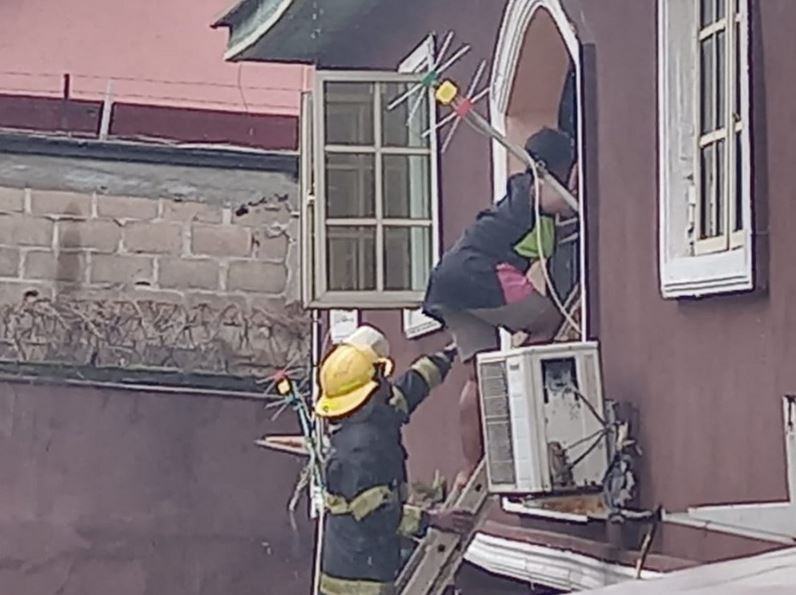