It was gathered that the terrorists invaded the town around 4:30pm on Sunday, September 11, shortly after the evening prayers, riding on 10 motorcycles and wielding sophisticated weapons. 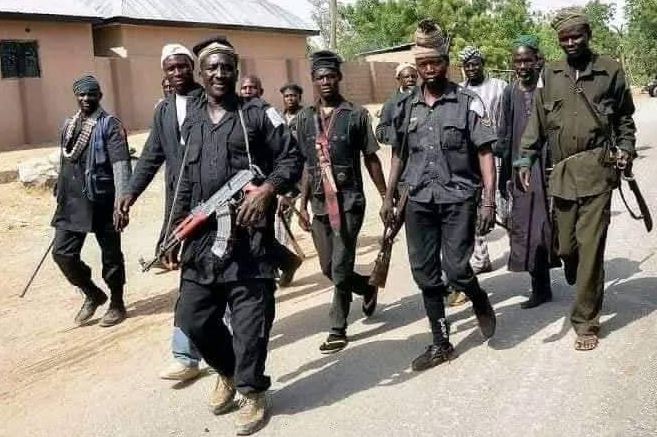 There was a gun duel between members of the Civilian Joint Task Force and terrorists in Batsari Local Government Area of Katsina State, which led to the death of nine criminals and the arrest of five others.

It was gathered that the terrorists invaded the town around 4:30pm on Sunday, September 11, shortly after the evening prayers, riding on 10 motorcycles and wielding sophisticated weapons.

Upon receipt of information by some locals, the Civilian JTF members confronted the terrorists, thereby halting their planned attack.

It was gathered that the bandit leader who had been terrorising Jibia/Batsari, was behind the recent KSTA bus attack. 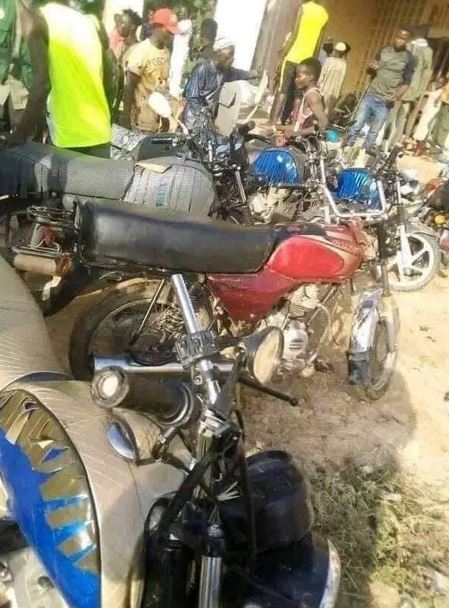 Sources revealed that the situation was still tense in the town as of Monday as members of the civilian task force had reportedly positioned themselves again to ward off any surprise attack by the terrorists.

According to a source, the terrorists had recently invaded the Batsari town and abducted some victims, but failed at this second attempt due to the presence of the civilian JTF.

Spokesman for the State Police Command, SP Gambo Isah said the DPO for the Batsari area was yet to brief the command about the incident.

Meanwhile, a video seen online shows residents of the community jubilating after the foiled attack.