The defendants are accused of defrauding nearly two dozen public and private entities around the United States, including at least one in Oregon. 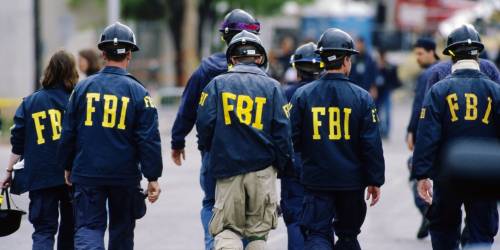 Two Nigerians have been charged for $6.2million wire fraud by the Federal Bureau of Investigation (FBI).

They were charged after attempts to scam Americans of $25.2million.

The defendants are accused of defrauding nearly two dozen public and private entities around the United States, including at least one in Oregon.

The Department of Justice (DoJ) indictment unsealed in federal court charged Efeturi Ariawhorai a.k.a Efeturi Simeon, 35, a citizen of Nigeria and Vanuatu.

The other is Ikenna Nwajiaku, 41, believed to be residing in or near Lagos. The FBI declared them fugitives.

The Cyber and National Security Unit Head at U.S. Attorney’s Office for Oregon said when in doubt, anyone who thinks they are the victim of a cyber crime should report to the FBI.

Special Agent in Charge Kieran L. Ramsey said the level of greed it takes to steal from schools and hospitals, especially during the pandemic, “is beyond disturbing”.

“We were able to recover the total loss of nearly $3million for a victim in Oregon and keep that money out of the hands of criminals”, Ramsey disclosed.

The indictment said from June 2019 until January 2021, Ariawhorai and Nwajiaku conspired with others to defraud school districts, universities, colleges, and hospitals.

The duo contacted organizations by email, impersonated employees of the targeted companies or professionals and convinced them to send payments to bank accounts controlled by third parties.

Ariawhorai and Nwajiaku attempted to defraud 20 victim organizations out of more than $25million;15 lost a combined $6.2 million as a result of the scheme.

The alleged crimes are punishable by up to 20 years in prison and three years supervised release. The case, investigated by the FBI, and is being prosecuted by AUSA Harrington.