Phyna said she decided to go on a bike ride with a friend when a reckless driver indiscriminately ran into them. 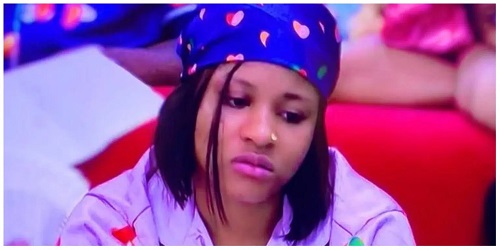 Big Brother Naija Season 7 finalist, Phyna has shared a near-death experience she had some time ago.
The reality star made the revelation while recounting how she survived an accident that nearly took her life during a conversation with her love interest, Groovy.
According to Phyna, she was on a bike ride with a friend when a reckless driver indiscriminately ran into them.
The impact of the accident caused her to hit her head on the ground because she was not wearing a helmet.
In her words: “I rode the bike with my friend, and I decided I was going to ride. I’ve been doing this afro hair for a long time, so I made one that time, I was going to lose it but changed my mind.
“As we were coming back one car just ran into us and I was at the back, from the back I just flew, like I jumped above him and hit my head on the ground on the expressway I was not wearing helmet.
“Even when people were coming they were like check that girl, she don die because when It happened, I couldn’t move, my friend had a big tear on his leg.”
Top Stories