2023 Presidency: It Is Not Yoruba’s Turn To Be President – Adebutu


Adebutu stated this during a campaign to garner support for his governirship ambition and that of Atiku on Monday in Abeokuta, the Ogun State capital. 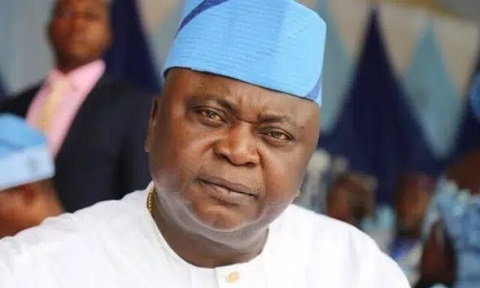 The Presidential candidate of the All Progressives Congress, Bola Tinubu has been told that it is not the turn of the South West to produce the next president of Nigeria.
Governorship candidate of the Peoples Democratic Party (PDP) in Ogun State, Ladi Adebutu said this during a campaign to garner support for his governirship ambition and that of Atiku on Monday in Abeokuta, the Ogun State capital.
He said, “What I want to talk about today is the coexistence of the Yoruba people with others in Nigeria.
“Earlier, I told some people to support Alhaji Atiku Abubakar as the next president for the peace of Nigeria but some people turned deaf ears; they insisted that it is the turn of the Yoruba people but the Yoruba people have been in power for a number of times.
“Our father Olusegun Obasanjo was in power. Our father (Ernest) Shonekan was also there. Let’s not be selfish. Is it only Yoruba that exists? The truth must be said.
“We cannot take Yorubaland out of the mainstream of Nigeria. Yorubaland must remain in the mainstream of Nigeria.”
Those in attendance at the rally on Monday include Adebutu’s running mate, Adekunle Akinlade; former Kano State Governor, Ibrahim Shekarau; and his Niger State counterpart, Babangida Aliyu; amongst others.
Top Stories