The union’s National Coordinator, Dr Niyi Sunmonu, made this known in an interview in Abuja on Tuesday. 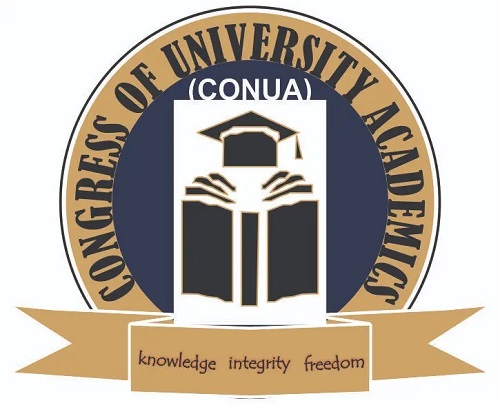 The newly-registered Congress of Nigerian Universities Academics has said it will not go on strike.
According to CONUA, it will not use industrial action to press for demands.
The union’s National Coordinator, Dr Niyi Sunmonu, made this known in an interview with The PUNCH in Abuja on Tuesday shortly after the Minister of Labour and Employment, Chris Ngige, had in Abuja announced the registration of two additional university-based unions –CONUA and the National Association of Medical and Dental Academics.
Sunmonu said, “As of the last count, even before this registration, we have 17 branches nationwide. It includes state and federal universities. Of course, numerical strength varies from university to university. Now that we have been given legal recognition by the government, we are hopeful that more branches will come on board and more members will come on board.
“Since the time we started, we said we were going to look at issues from a different perspective, especially concerning using strike action to drive home our demands. There are issues everywhere, and universities are not immune to issues within the country.
“We are not saying there are no issues in the universities but we believe that those issues can be approached in a very different manner without using the instrument of a strike.
“Strike action has been greatly overused, and it has been overused to the extent that the damage it has done to the system is more than good. For us, strike action is out.
“We need to organise our branches and be constructive in our engagement with government, constructive in the sense that, whether we like it or not, discussions remain the most potent weapon when you have industrial issues but that discussion needs to take place under what conditions? We want to create an atmosphere that will be a win-win for lecturers, students, parents, the government, and all stakeholders.”
Top Stories