The woman's husband who has been complaining about this revealed that there's no one at the church with her as he has to be at home to take of their three children. 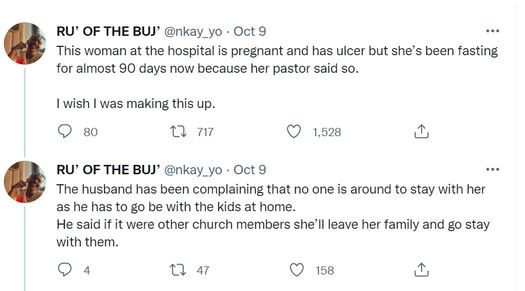 A Twitter user has taken to the microblogging platform to narrate how a heavily pregnant woman with an ulcer decided to go on 90 days of fasting after her pastor said her fourth child would bring blessings to her family.

@nkay_yo said the woman's husband who has been complaining about this, revealed that there's no one at the church with her as he has to be at home to take of their three children.

''This woman at the hospital is pregnant and has ulcer but she’s been fasting for almost 90 days now because her pastor said so. I wish I was making this up.

The husband has been complaining that no one is around to stay with her as he has to go be with the kids at home. He said if it were other church members she’ll leave her family and go stay with them.

Apparently they’ve had 3 kids and the pastor said this 4th is the one that going to bring the “blessing”. The man has hung his boots long ago and just looking for money to raise his 3 kids. She didn’t even tell him when she got pregnant. The man is just lamenting to us.'' 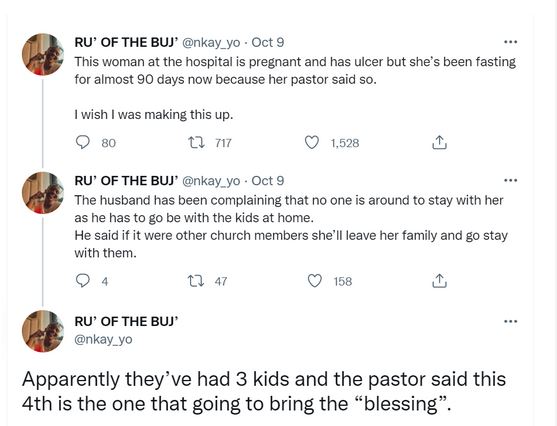