The Bauchi State Governor, Bala Mohammed and some other stakeholders of the main opposition party were also in the meeting. 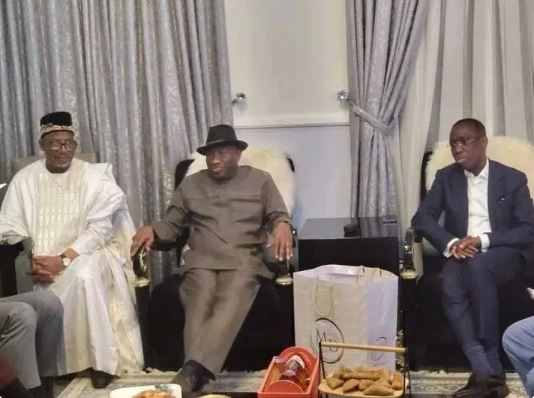 Nigeria's former President, Goodluck Jonathan has welcomed the Vice Presidential candidate of the Peoples Democratic Party (PDP) and Delta State Governor, Ifeanyi Okowa and other PDP members to his home on Thursday.
The Bauchi State Governor, Bala Mohammed and some other stakeholders of the main opposition party were also in the meeting.
Dele Momodu took to his Instagram page to share the video.
It was gathered that the stakeholders of the main opposition party also discussed vital issues regarding the success of the PDP in 2023. 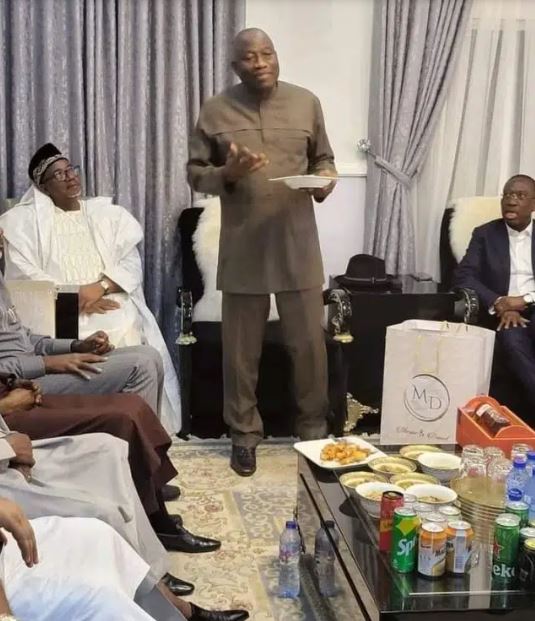 Other stakeholders in the meeting include top PDP Excos and members of the Atiku/Okowa Presidential campaign group.
The Bauchi State Governor, while speaking during the visit, described former president, Jonathan as a mentor and a man of integrity.
According to Mohammed, Nigeria was much better under the Jonathan’s administration, adding that the PDP will be glad to follow in his footsteps as a father.
Jonathan in his response appreciated the PDP stakeholders for the visit.
He also prayed for God Almighty to grant them a safe flight to their various destination.
See the photos below: