Jude-Bela Eriba shares how the Economic and Financial Crimes Commission froze his accounts for three months, detained him, and caused him psychological trauma. 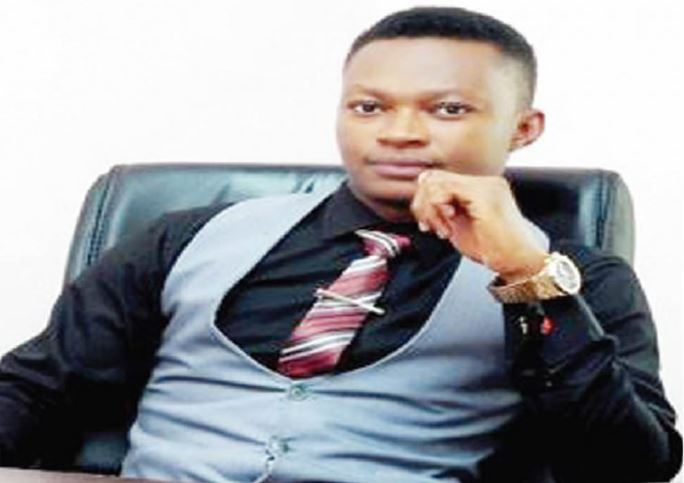 Nigerian YouTuber, Jude-Bela Eriba, has told the story of how he suffered horribly in the custody of the Economic and Financial Crimes Commission.

In a series of conversations with BABATUNDE TITILOLA, a YouTuber, Jude-Bela Eriba, shares how the Economic and Financial Crimes Commission froze his accounts for three months, detained him and caused him psychological trauma, while his young wife was pregnant, over allegations of money laundering and internet fraud

In 2019, a young Nigerian YouTuber, Jude-Bela Eriba, went through the most difficult period of his life when he was detained by the Economic and Financial Crimes Commission on suspicions of engaging in money laundering and internet fraud. The YouTuber’s difficult experience was compounded by the condition of his pregnant wife, several court appearances and a financial crisis after his bank accounts in United Bank of Africa, Polaris Bank and First Bank were frozen by the anti-graft agency.

“I had a friend from the University of Agriculture, Makurdi, who funded my restaurant business idea. He taught me how to make YouTube videos. I started making videos and money was coming in well from early 2017 till I graduated. I was using the money from YouTube to fund other businesses,” Eriba began his story in a telephone conversation with our correspondent.

The 28-year-old Benue State native told JUDICIARY WATCH that he decided to fund a media outfit, B-Tv, from the money generated from videos on his YouTube channel, True Liberty.

With a few staff and technology, the media business kicked off with the ‘1 million naira challenge’ sometime in January 2019.

He said, “I had some staff and told them to open accounts with United Bank of Africa where I had a company account. Operations started. Later, we started a debate where the winner would go home with N1 million.

“That’s where we started the N1 million challenge. The participants were expected to speak on whether they wanted to take a job of N1 million or take N1 million to start a business. The conversation went on for a while.”

A morning to remember

With the challenge entering its second month, Eriba said he got a call from an unnamed worker with the UBA informing him that the EFCC has frozen his accounts and ordered his arrest. That call would be a precursor to Eriba’s four-day sojourn in the agency’s custody and a fundamental rights suit at the Federal High Court Makurdi that lasted three months from March to June 2019.

“On Friday, March 8, 2019,” he continued, “a staff from UBA called me in the morning and said my accounts have been frozen following an order from the EFCC. The person said there was also an order to arrest me if I went to any UBA branch.

“I called my lawyer and he said I should come to his office. I called someone I knew in Polaris bank and the person said he would check my accounts. He confirmed that they have the same order for my accounts there. I couldn’t withdraw from any account.”

Eriba who at the time recently got married told JUDICIARY WATCH that his wife was pregnant during his ordeal and was in need of money to take care of the home. Ignoring advice to leave town, he said he decided to visit the EFCC office the following morning with his lawyer.

The YouTuber said, “We went to the EFCC the following Monday in the morning in Makurdi. I recognised some faces there from UBA and they were with some documents. They asked questions and I answered them all. They kept asking more questions and I realised we have spent five hours.

“I told them I was tired and needed to go home. They laughed and brought a green file out where my name was written with a caption of ‘Fraud and Money Laundering.’ They told me I was being investigated for that.”

The graduate said he was later taken to his home in their vehicle to search his property, adding that it was traumatising.

“It looked like I was a criminal as my neighbours stared at me,” he said. “They leveraged the search warrant. I told them I could not trust them not to implicate me so I needed to search them before I allowed them to search my house. They were angry but I searched them. They entered and went through everything in the house. I didn’t know what they were looking for.

“I gave all the documents I had in the house. They took some documents and property and said we should go back to their office. It was at this point they said they had an order to remand me in prison until they were done with their investigations. I was traumatised. I had not eaten all day.”

Eriba said he explained to EFCC operatives how he made his money from YouTube the following morning during interrogation.

He said he was later granted bail on March 14, after which he filed a fundamental rights suit against EFCC, UBA, Polaris Bank and First Bank.

He said, “The case started in March and lasted for three months. My accounts were still frozen and I had no access to any money. It was horrific. I relied on friends to survive and take care of my pregnant wife.

“First Bank said because I had no money in their account but I included them in the suit, I must pay their legal fees. The judge awarded N200,000 against me to pay them.

“Polaris Bank said the EFCC was right to freeze my account. I was pained because Polaris was the first bank where I got paid in dollars and they converted the money using their bank rate. Meanwhile, I had explained everything to their bank manager in Lagos.”

Light at the end of the tunnel

According to the court judgment obtained by JUDICIARY WATCH, Hon. Justice M.O Olajuwon of the Makurdi High Court ruled in his favour on June 13, 2019, stating that freezing Eriba’s accounts violated his human rights. She ordered the EFCC and other respondents to pay N5m as damages to Eriba.

It was learnt that UBA filed an Appeal against the judgment of the High Court. However, the Appeal Court in a joint ruling by Hon. Justice Muslim Hassan, Hon. Justice Cordelia Jombo-Ofo and Hon. Justice Ignatius Agube on July 1, 2022 declared that freezing Eriba’s account was unconstitutional and a “breach of his fundamental right.”

He told JUDICIARY WATCH that they are already paying the damages.

Vindicated but not at peace

Commenting on his experience, the young family man said he lost his YouTube account and had been finding it difficult to move past the encounter with the EFCC.

He said, “After everything, I discovered that my account had been taken down. I had to sell my properties to survive. The past three years had been the most difficult of my life. Me telling my story now is just so I can clear the burden, and maybe somehow I can find peace in this entire trauma.”