Kiddwaya encouraged her to put on her body armour and meet him at the front line. 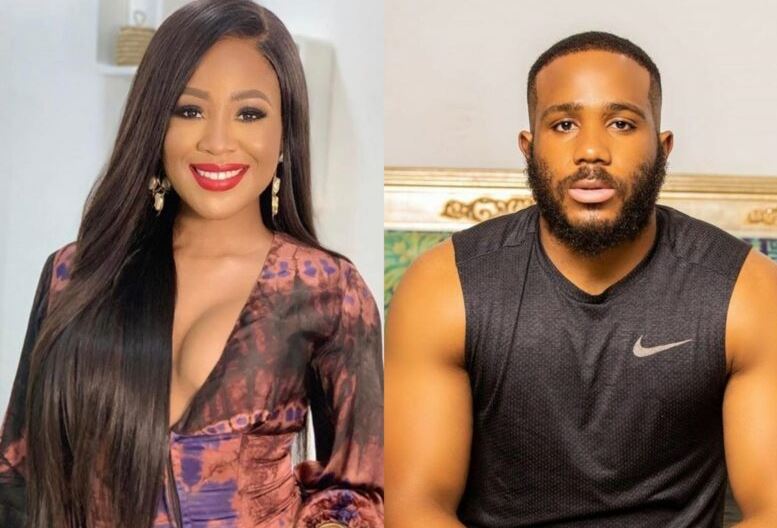 Nigerian actress, Erica Nlewedim has stated that she needs peace after her ex-boyfriend Kiddwaya urged her to join him in the fight for a better Nigeria.

Kiddwaya responded, telling her it's a "battlefield". He then encouraged her to put on her body armour and meet him at the front line.

But Erica responded: "Peace of mind is what I need." 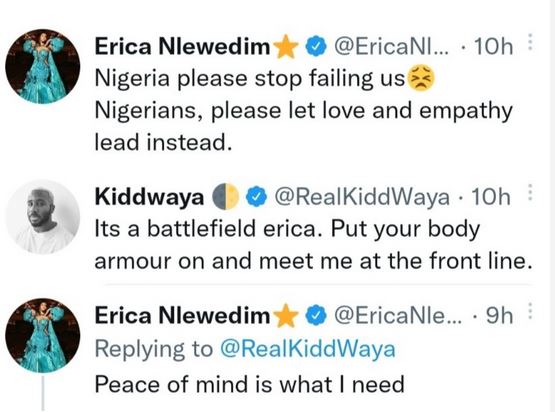