The 2022 flood is one of the worst natural disasters that hit Kogi State since 2012. Houses were submerged, farmlands destroyed, many rendered homeless, while some have buried their loved ones. 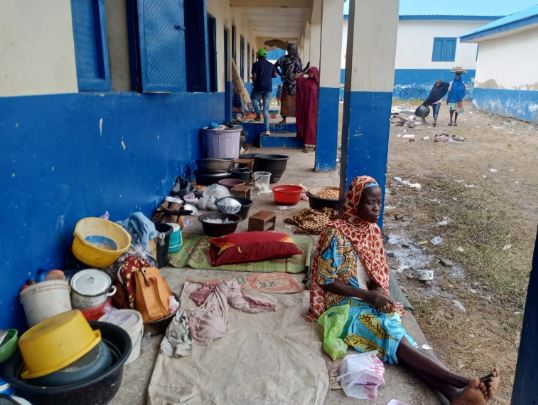 Victims of the raging flood in Lokoja are currently in the most dire of situations, it has been revealed.

The victims, who are living in the Internally Displaced Camps, are currently witnessing the most devastating moments in their lives as they now feed from hand to mouth, while relief materials meant for them have been allegedly diverted.

In this report, DAILY POST takes a look at the activities happening in Adankolo and Gadumo IDPs camp, challenges of the flood victims and allegations against some individuals who are supposed to bring smiles to their faces.

The 2022 flood is one of the worst natural disasters that hit Kogi State since 2012. Houses were submerged, farmlands destroyed, many rendered homeless, while some have buried their loved ones.

Nine Local Government Areas in Kogi is currently suffering from the devastating effect of this year’s flood, namely: Lokoja, Kogi-Koto, Ajaokuta, Ofu, Igalamela-Odolu, Bassa, Idah, Ibaji and Omala, during which about 600 hectres of farmlands and property, including houses, worth billions of naira were destroyed.

Seven persons; four in Ibaji Local Government Area and three from Ajaokuta Local Area of the State lost their lives at the peak of the flood. The IDPs camps are all full to the brim as flood victims beg to survive on a daily basis.

DAILY POST correspondent visited two IDPs camps, in Lokoja Local Government Area precisely, Adankolo, and Gadumo; what was observed was really terrible. In the two IDPs camps, there is no access to basic facilities such as water, toilets, and suitable place to lie their head. Some flood victims and their families sleep outside in the middle of the night, without mosquito nets, thereby exposing themselves to disease outbreaks such as Cholera, Typhoid, Malaria and many more. Dangerous animals such as snakes, scorpion are now regular visitors since their new abode is not habitable for a living. 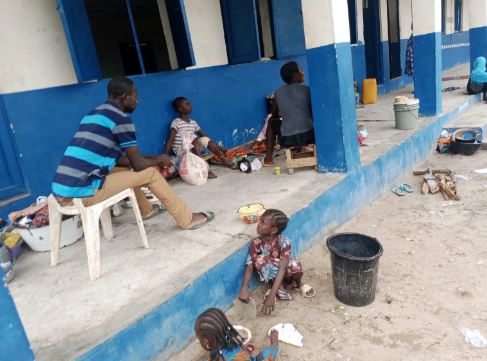 Alleged Diversion of food items and other Relief materials

In Gadumo IDPs camp, some of the affected flood victims have accused some Government officials in Kogi State of allegedly diverting the food items and other relief materials sent to them to cushion their suffering.

A victim in one of the IDPs camps said, “They brought pieces of indomie, and even the garri they brought, we shared four four cups for each family and they came with certain people that were carrying arms. We could not say anything. We are really suffering. They came in with their vehicles, and we heard that this is what they brought to reduce our suffering. But what we got was a slap in our faces.

“When they started sharing things, they packed it in a small nylon bag to give to us. I can show it to you. The number of people who shared this thing packed in small nylon is very few. The rest, they took it somewhere else.

“From our calculation, they brought 15 mattresses and five bags of garri for 59 households. This they said is from the State government. They didn’t give us rice as widely speculated.” 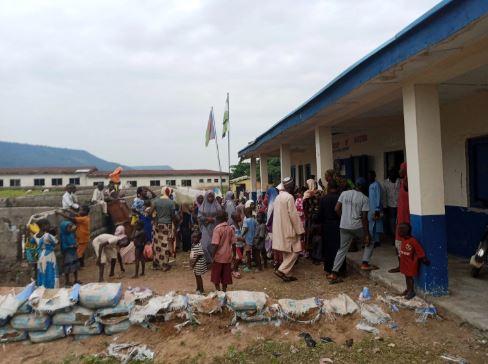 Another flood victim said, “Food items were brought to our camp. Surprisingly, a self-acclaimed chief from Gadumo came, insisting that he is acting under the instruction of a Local Government Chairman to share food stuff meant for us that have been displaced from our respective homes. Him and his fully armed men later took almost all the food items brought to our camps, leaving us to suffer.

“One of the shocking scenarios is that they came with a video camera and photographers were snapping pictures, making it look as if they were distributing large food stuff to us; meanwhile, nothing of such.

“We discovered that they took this material to share it with their loved ones who are not flood victims. I know God is not asleep. Whatever they are doing now, I strongly believe that they will face the consequences in the future.”

In the same vein, another IDP identified as Zacchaeus said, “We are about three weeks here, while some of us are getting to a month in this IDPs camp. They said we should relocate to a higher ground, that is why we are here. Since we came here, we have been seeing SEMA coming here and some Government officials, but no security, no water.

“Many of us are sick. Mosquitoes keep biting us. Everything is politics now. The Chairman of our Local Government came here. As he was going, he gave us some food items tied in nylon bags. He gave us some food items and relief materials that are not up to anything and took the remaining ones away. Since we are here, we have not seen any meaningful help from the Government.

“We are now beggars in our own State. If not for this flood that sacked me and my entire family from my home, I won’t be here looking for who to help me. God should hear our cry, because these sufferings are becoming unbearable. Instead of people showing empathy for us, they are diverting what is meant to ameliorate our hardship.”

An official from the State Emergency Management Agency, (SEMA) who never wanted her name mentioned, confirmed the development to DAILY POST.

She hinted that the order was from above and they could not do anything to salvage the situation at hand.

No disease outbreak in IDPs Camp in Kogi – Govt

Meanwhile, the Kogi Government says there is no disease outbreak in any of the Internally Displaced Persons (IDPs) camps in the wake of flooding in the state.

Dr Zakari Usman, Kogi Health Commissioner, made the pronouncement during an assessment tour of various camps in the State.

He said the positive development was as a result of the government’s proactive steps at continuous assessment of the health conditions of the inmates for quick response aimed at preventing any outbreak of disease.

“Today’s visitation and assessment is to give us first information on what we need to do in the area of succor to the various victims, to ensure good health conditions as they (victims) temporarily stay in the IDPs’ camps.

“We have seen the number of households in the various camps and by God’s grace we shall be able to provide them with the necessary health facilities such as Anti Malaria Prophylaxis and Long Lasting Insecticide Treated Nets (LLINs), especially for pregnant women,” he assured. 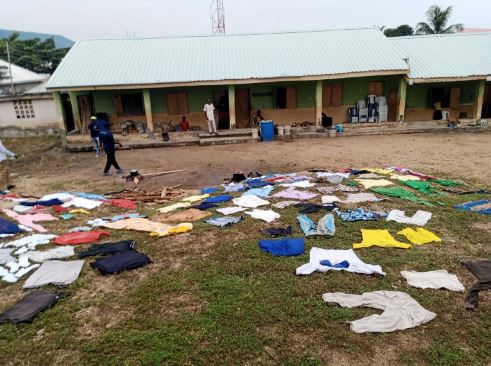 Recovering from the devastating effect of the receding flood in Lokoja, Kogi State, north central Nigeria, the victims living in the IDPs camps have expressed fear of possible excruciating heat soon.

Some affected flood victims while reacting to the emerging hostile atmospheric condition in Lokoja, the State capital, described the weather condition of the area, at this time of the year, as terrible.

They called on the State Ministry of Health to begin vaccination of people against cerebrospinal meningitis and other heat related diseases.

They said there might be a possible outbreak of diseases during this period.

“After gradually getting out of the steam of the devastating effect of flood in many parts of the State, we are gradually being welcomed to another ugly side of nature. This time, excruciating heat,” Andrew, a flood victim in one of the IDPs camps told DAILY POST.

Another victim, who simply wants to be known as Elizabeth, expressed the fear that “with the way things are, I pray that God almighty will show mercy on us not to go through excruciating heat.

“We hope and pray that the flood recedes faster than expected, so that authorities concerned could supply portable water to the public. Surely, we need more water to drink than before due to heat,” she said.

Alhaji Mohamed Sani, in his comment said,” My family and I are warming up to resort to sleeping outside. If the heat becomes unbearable, we would have no option than to be sleeping outside, the security risk involved notwithstanding.”

He called on the State Ministry of Health to begin vaccination of people, especially youths, against heat-related diseases.

According to former Kogi State Chairman, Nigeria Medical Association, (NMA) Dr Godwin Tijani, heat related Illnesses occur due to the inability of human body to cope with a particular heat load which are: heat cramps, heat exhaustion, heat syncope, heat stroke, among others.

He identified tiredness, dizziness, headache and feeling sick as some of the symptoms of heat-related diseases and urged the flood victims to live and sleep in well ventilated houses and avoid over crowded areas, among other precautionary measures to ease the effect of heat and its related diseases.