She has been detained for 11 months without trial after she was arrested for wearing a Biafra-themed outfit. 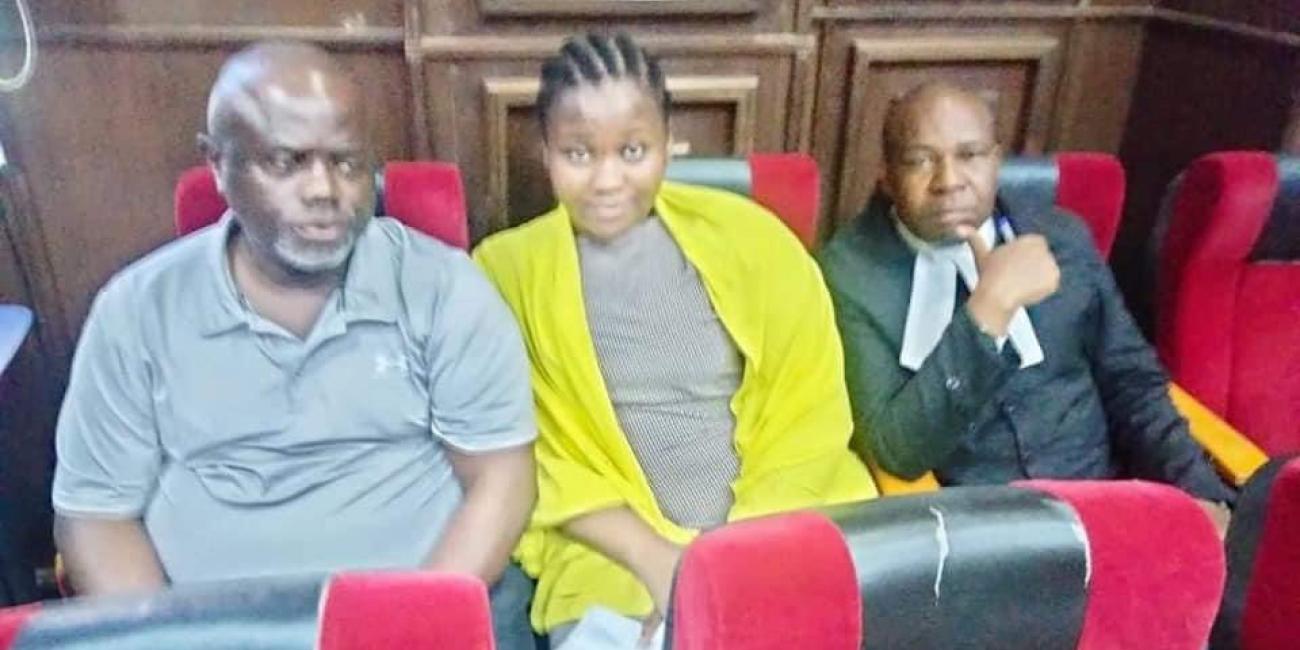 The Nigerian government has again come under fire from Nigerians.

The government is being lambasted over the Department of State Services’ unjust incarceration of 20-year-old woman, Idara Gold, for 11 months for wearing a Biafra-themed outfit.

The African Action Congress presidential candidate, Omoyele Sowore, who is also human rights activist, confirmed in a tweet on Wednesday that Idara was brought to court by the DSS on Wednesday after about a year in illegal detention.

“#FreeIdaraGold Now: Lawless DSS shows up in court with Idara Gold today, first time since her abduction. She was arrested for putting on this Biafran themed dress to celebrate her birthday. @MBuhari made Nigeria the most harrowing place to live on earth. #WeCantContinueLikeThis,” Sowore tweeted.

Meanwhile, SaharaReporters had reported that outrage continued to trail Idara’s detention  by the DSS.

She has been detained for 11 months without trial after she was arrested for wearing a Biafra-themed outfit.

SaharaReporters earlier reported that Idara Gold, a 20-year-old activist from Akwa Ibom State was unlawfully arrested and detained in Enugu by the DSS.

Her crime was wearing a Biafra-themed outfit, it was learnt.

According to reports, she was accosted by the police on November 8, 2021, in Enugu. The policemen were said to have browsed through her phone.

"When they saw a picture she had posted online wearing a Biafran attire to celebrate her 20th birthday, she was arrested and handed over to DSS in Enugu from where she was transferred to DSS Headquarters, Abuja.

"Since November 8th, 2021 to this day, the DSS has denied her access to her lawyer, family and friends, and have not charged her with any offence," a human rights activist, Osimond Ugwu had told SaharaReporters.

Ugwu stated that when her family approached an Abuja High Court seeking enforcement of her fundamental rights, DSS filed an affidavit, claiming that they had concluded their investigation into the matter in January 2022.

In the affidavit obtained by SaharaReporters, the DSS told the court that it had transferred her to a military barracks in Kainji, Niger State, in February and her case file had been transferred to the Federal Ministry of Justice.

Meanwhile, a campaign calling for the immediate release of Idara Gold from custody has been launched on various social media platforms with #FreeIdaraGold.