The aggrieved woman reportedly threw all her neighbour's children into the well as payback. 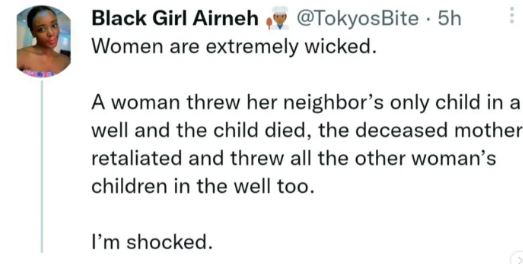 A Twitter user has taken to the microblogging platform to narrate how a woman retaliated after her only child was thrown into a well by her neighbour in Mararaba, Nasarawa state, two days ago.

The aggrieved woman reportedly threw all her neighbour's children into the well as payback.

'Women are extremely wicked. A woman threw her neighbor’s only child in a well and the child died, the deceased mother retaliated and threw all the other woman’s children in the well too. I’m shocked.

This story is very traumatizing and it seem so unbelievable. I can’t believe it either bt it’s phucking true and I’m scared of humans right now. What kinda heart does one have to do this? What level is envy would make someone do this? I can’t wrap my head around this at all.'' 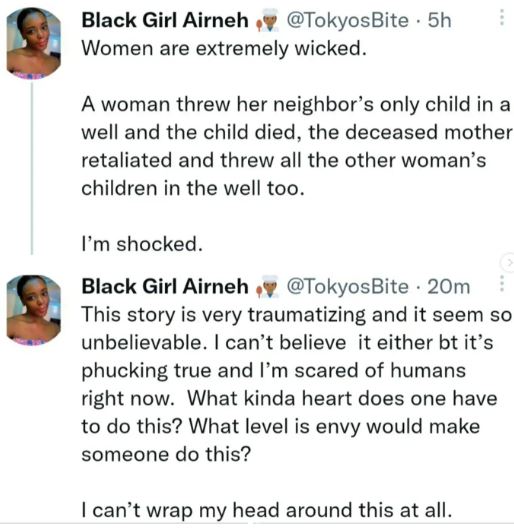 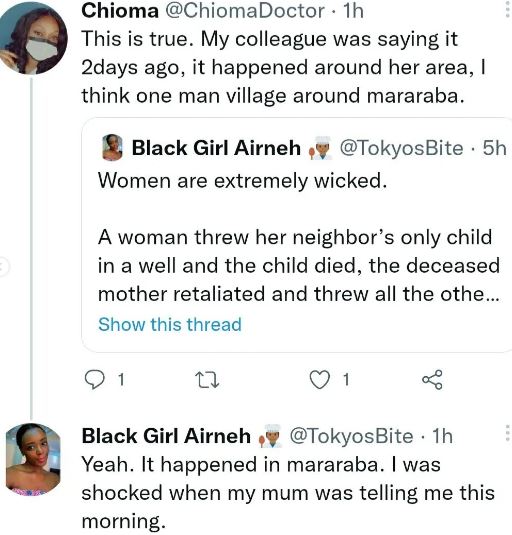