The follower called the reality star out for moving on fast before she responded. 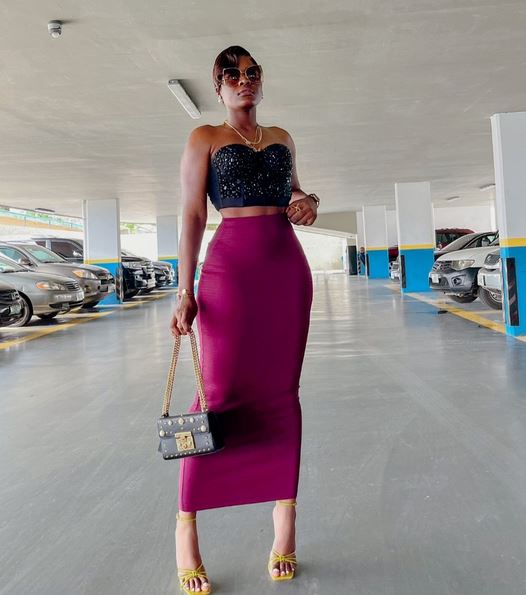 Ex-BBNaija housemate, Alex Asogwa has replied a Twitter user who took a swipe at her for posting new photos of herself a few days after Rico Swavey, was laid to rest.

A follower reacted, calling her out for ''moving on fast.'' He added that he thought she was still mourning over Rico's death, however, he misspelled the word as "moaning." 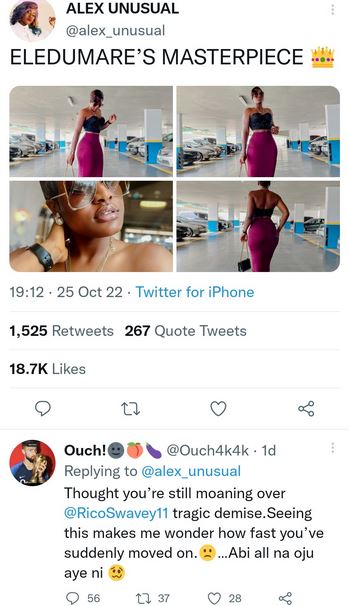 Alex responded, telling him to "moan" alone and leave her out of it. 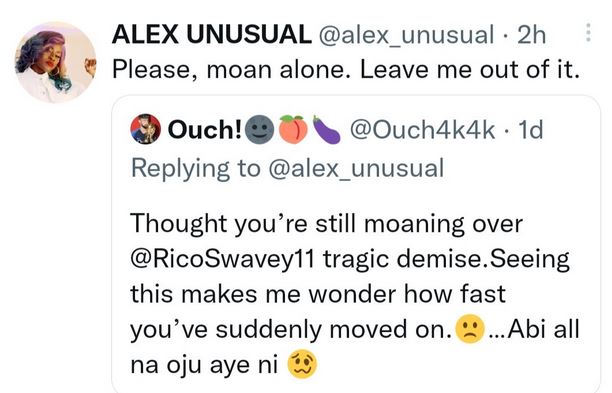