My Hero, I Will Love You To My Dying Day - Ugandan Doctor Hails Wife In Facebook Post Few Months Before She Allegedly Stabbed Him To Death


The wife handed herself to Lacor police post in Bardege-Layibi division, Gulu city after allegedly stabbing her husband on Friday, October 28, 2022. 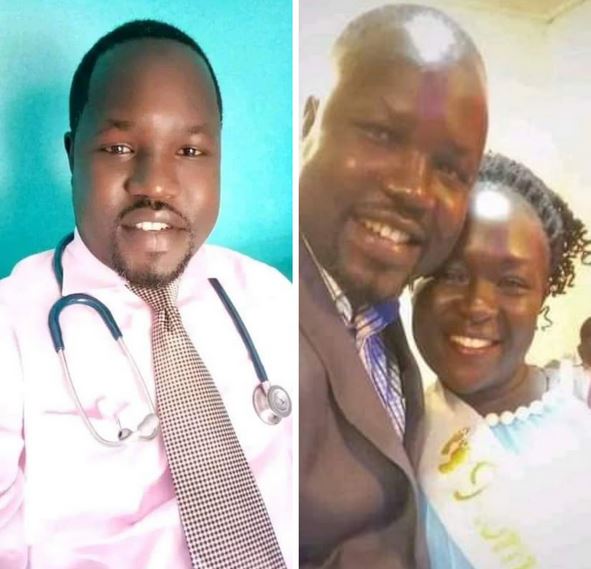 A Ugandan doctor, Dr Etuk Joseph has been confirmed dead after he was allegedly stabbed by his wife, Francesca Amony, a lawyer and human rights activist.

Amony, a senior member of the Democratic Party (DP) and a former National Secretary for the DP Women’s League, handed herself to Lacor police post in Bardege-Layibi division, Gulu city, after she allegedly stabbed her husband to death on Friday, October 28, 2022.

On June 9, 2022, late Etuk, had taken to Facebook to celebrate his wife, describing her as a hero.

In the post which has gone viral, the doctor also said he will love Francesca to his dying day and couldn't have asked for a more supportive wife. 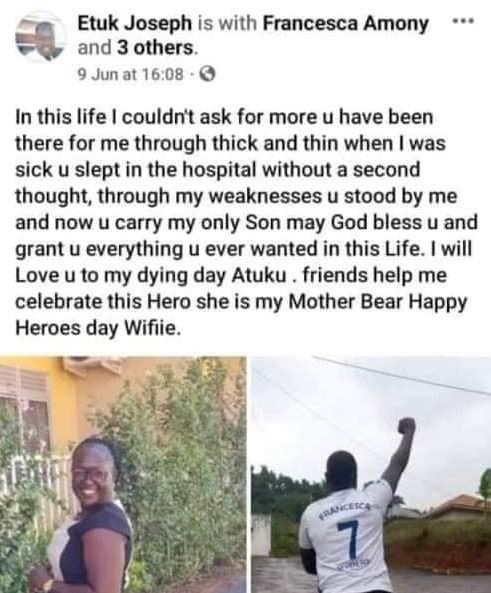