It Is Disrespectful To Share Death News Before Family Members – Actress, Abimbola Craig


She warned people to stop sharing photos of the dead, saying it’s not a wedding announcement. 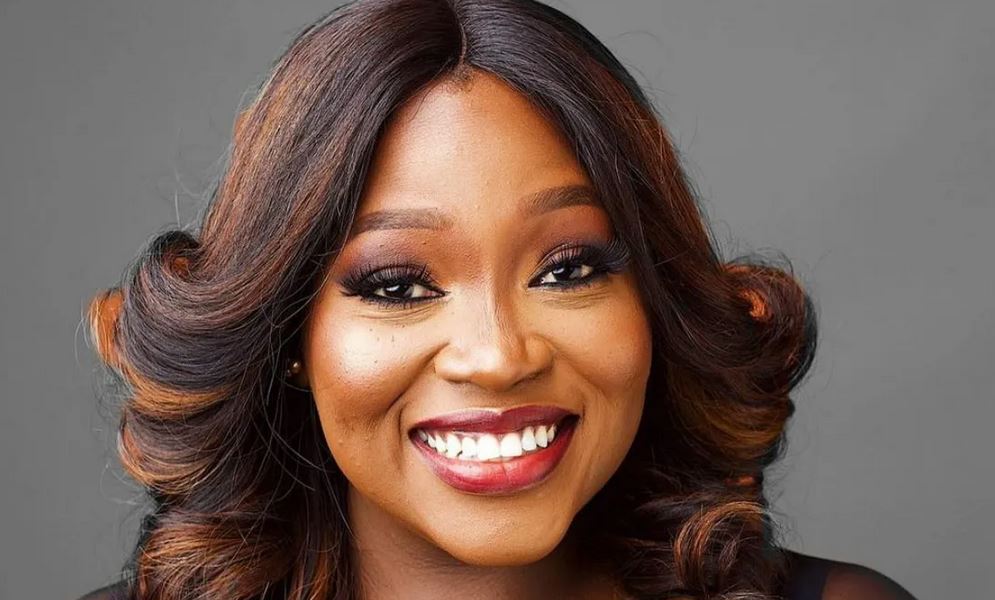 Nigerian actress, Abimbola Craig has an important message for those who share news of a dead person before their family members.

The Skinny Girl in Transit star took a swipe at those who were quick to announce the death of Davido and Chioma’s son, Ifeanyi.

She says its dumb, insensitive and disrespectful to share such news.

She warned people to stop sharing photos of the dead, saying it’s not a wedding announcement.

‘’I also find it so dumb, immature, insensitive and disrespectful when you share death news and pictures around like it’s a wedding announcement. STOP IT! It’s not your job to share such news especially before family members and even after them!
DON’T DO IT!’’, she tweeted. 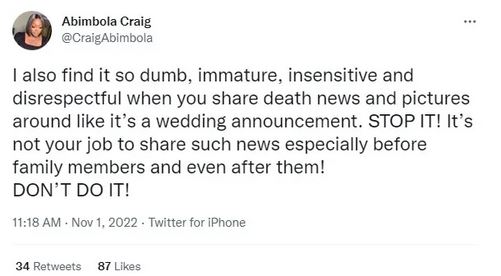