Media aide to the Commissioner for Women and Social Affairs, Chidimma Ikeanyionwu, who revealed the arrest, said the culprits have been handed over to the police and would be charged to court soon. 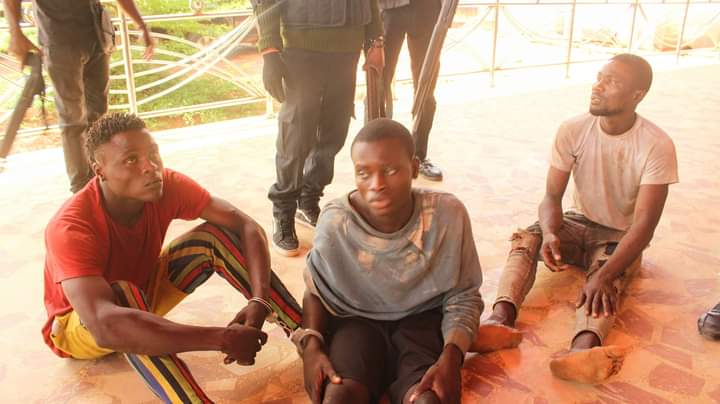 Daily Post reports that three persons have been arrested in Anambra State.

They were nabbed by operatives of the National Agency For Prohibition of Trafficking in Person (NAPTIP) working in collaboration with vigilante operatives for r*ping a 13-year-old girl.

Media aide to the Commissioner for Women and Social Affairs, Chidimma Ikeanyionwu, who revealed the arrest, said the culprits have been handed over to the police and would be charged to court soon.

Ikeanyionwu said: “According to the victim, the suspects were co-tenants with them but took her to Nkisi river to r*pe her after they had an altercation with her father.

“The victim, while narrating her experience to the commissioner, said she was first slapped by the boys, then dragged to Nkisi before she was ordered to remove her clothes as the suspects took turns to have carnal knowledge of her.”

DAILY POST gathered that the victim hails from Ohaozara in Ebonyi State, while the culprits’ names were given as; Sunday, Emelie, Chiedu and Nwa awọ. While only three suspects were arrested, the fourth, Nwa awọ, allegedly escaped when security operatives invaded the neighbourhood at Nkpor, near Onitsha, to arrest them.

Commissioner for Women and Social Welfare, Hon. Ify Obinabo, lauded the victim for her courage in speaking up after the incident and assured her that she would ensure she got justice.

She lamented the increasing rate of r*pe incidents in the state and warned that the Professor Chukwuma Soludo-led administration would not condone such.

While interrogating the suspects, two of them accepted the said crime and pleaded that they be forgiven, while one said he was only present when the incident happened, but contrary to his claims, the victim insisted that he was the second person to have carnal knowledge of her.

They also noted that they decided to r*pe the girl due to the disagreement they had with her father.

They have been handed over to the Police State CID Awka, and will be arraigned in court for prosecution.