The former army brigadier disclosed this when he appeared before the House of Representatives Committee on Narcotics to defend the agency's budget on Thursday, November 3. 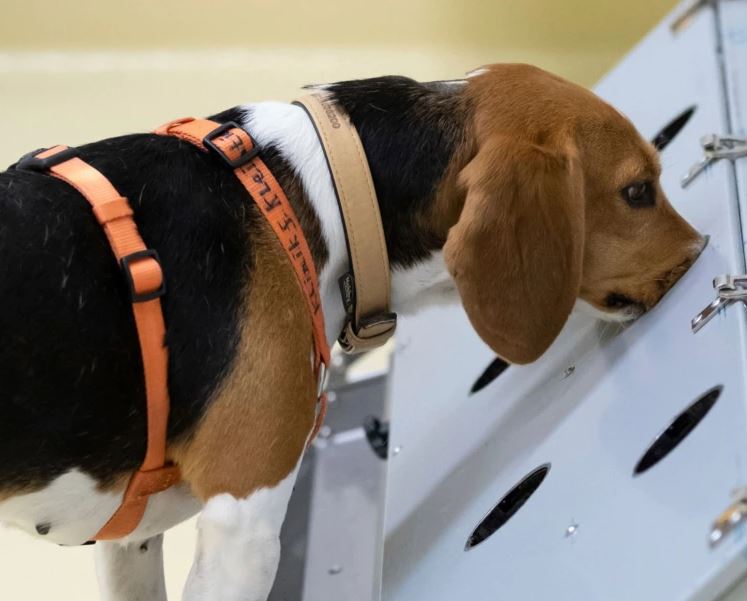 Buba Marwa, the Chairman of the National Drug Law Enforcement Agency (NDLEA) has stated that to tackle the worsening drug trafficking across the county, the agency needs more sniffer dogs which costs as much as $20,000 for each.

The former army brigadier disclosed this when he appeared before the House of Representatives Committee on Narcotics to defend the agency's budget on Thursday November 3. He made the disclosure while responding to the Chairman of the Committee, Francis Agbo (PDP, Benue), who stated that he has noticed that the agency has no sniffer dog at the Nnamdi Azikiwe International Airport, Abuja.

Marwa said they have sniffer dogs but he will not disclose the number of dogs in order not to reveal its operational capacity to cartels. He stated that the German government recently supplied some dogs to the agency and that it is building a six million Euro dog training school in Lagos for West African countries.

“We definitely need dogs. Dogs cost between $15,000 and $20,000 each. I won’t state in this forum to the hearing of the cartels how many dogs we have. We need more dogs. I will take the opportunity to express appreciation to the German criminal police — we work with them. On the dogs, they supply the dogs.

They just supplied a few. More importantly, they are building a six million euro dog training school in Lagos which would be used also with our neighbours in ECOWAS” he said

Marwa added that the agency is working on getting more dogs for the Abuja airport. He, however, added that the scanner at the airport is efficient enough to prevent drugs from passing through.

“In Abuja, we are working on the dogs, but drugs do not pass because we have scanners” he said

The NDLEA boss also informed the lawmakers that the agency has, in less than 20 months, seized 5.4 million kilograms of drugs which have a street value of N420 billion and has also secured 3,111 convictions from 19,341 arrests with 3,232 suspects still in court.

Mr Marwa, therefore, appealed to the lawmakers to increase the N13 billion proposed for the completion of barracks to house NDLEA officials. He requested an additional N10 billion