Akube committed the offence in August 2022. He and his accomplice were armed with Jack-knife and other dangerous weapons. They were jailed without the option of a fine. 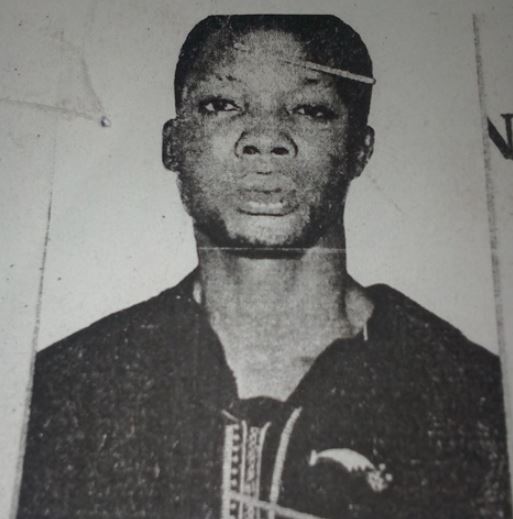 Yinka Adebimpe, a 29-year-old Lagos car snatcher, who is also known as Akube has been jailed.

The robber, who connived with two others to snatch two cars from their owners along the local Airport Road, Ikeja, Lagos, has been jailed for four years.

Akube committed the offence in August 2022. He and his accomplice were armed with Jack-knife and other dangerous weapons. They were jailed without the option of a fine.

Akube, who claimed to be a mechanic at a railway line, in Ikeja, Lagos, was convicted and jailed by Magistrate B.A. Sonuga after he pleaded guilty to the two-count charge bordering on conspiracy and stealing cars preferred against him and two others by the operatives of the Nigeria Police Special Weapons and Tactical, SWAT, Force Headquarters, Abuja, Nigeria and the facts of the case presented before the court by the Police Counsel, Abraham Fadipe.

The police alleged that the journey to jail started for Akube in August 2022 when he led two others namely Bala Yinusa, 29, and Nasiru Adamu, 26, who are also facing trial, to rob a motorist, Balogun Folorunsho of his Gulf 4 model car with registration No. KSG 750 HS valued at N2.8m, one Techno Spark 4 Phone valued at N52,000 and a cash sum of N33,000 all valued at N2,857,000 and another motorist of his Toyota Matrix along the Local Airport Road, Ikeja, Lagos armed with Jack-knife and other dangerous weapons at midnight and took the stolen cars to Agege area of Lagos to look for a buyer.

Police further alleged that nemesis, however, caught up with Akube and others when one of the complainants sent a distress call to the DIG in charge of Operations, Force Headquarters, Abuja, Nigeria, about the incident who swiftly dispatched his crack team led by Inspector Fidelis Omage to Lagos to fish out the suspects and recover the stolen car from them.

During the investigation, Akube allegedly confessed to the crime and told the police that he and two others had been snatching cars from owners and robbing motorists of phones and other belongings with guns and jack-knife along Airport Road, Ikeja.

In his alleged confession to the Police, Yinka who claimed to be an ex-convict stated: “Few days after I came back from prison custody after serving a year and some months in jail in August 2022, I led my partners to rob two motorists of their cars along the Airport Road, Ikeja, Lagos with Jack-knife while pretending to be mechanics which led to my arrest again.

“We promised to stop the robbery if we are set free.”

After investigation of the case in Abuja, the police transferred the case to SWAT Command at Adeniji Adele Road, in Lagos headed by the Deputy Commissioner of Police, DCP Steven Ogendegbe for the suspects to be charged to court.

DCP Ogendegbe directed his men to charge the trio to court and they were charged before the Tinubu Magistrate’s Court, Lagos Island, Lagos, on a two-count charge bordering on conspiracy and stealing cars.

Police counsel, Abraham Fadipe had told the court in the charge marked B/31/2022 that the defendants committed the offence on 15 August 2022 along Airport Road, Ikeja, Lagos.

Fadipe informed the court that the defendants who claimed to be mechanics along the railway line in Ikeja, Lagos robbed two motorists of their Gulf 4 Volkswagen and a Toyota Matrix along the Airport Road, at midnight before they were tracked and arrested in Agege area of Lagos, while looking for a buyer for the stolen Gulf.

Fadipe said the offences the defendants committed were punishable under sessions 411 and 287 of the Criminal Law of Lagos State, 2015.

Magistrate B.A.Sonuga subsequently sentenced Akube to four years imprisonment without an option of fine on the two-count and granted the two others N500,000 bail each with two sureties each in like sum.

Sonuga adjourned the case of the two others till 15 November 2022 for mention and ordered that the defendants be detained at the Ikoyi Correctional Facility till they perfected their bail conditions.