The Agency had on Tuesday 1st November declared the suspect wanted following his failure to honour NDLEA invitations and an order granted by a Federal High Court in Lagos. 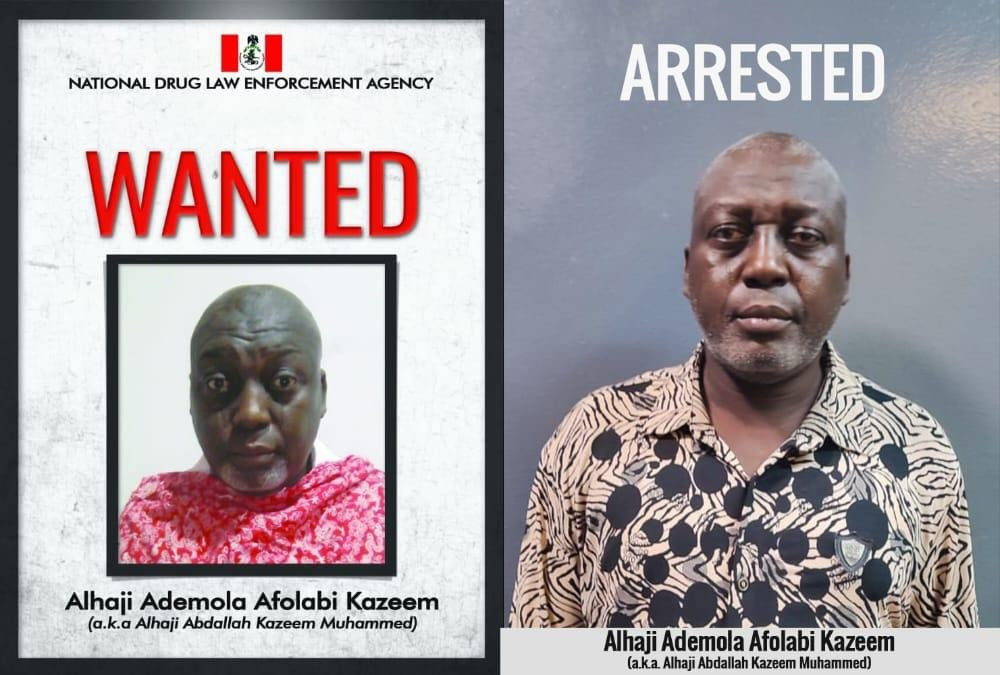 Alhaji Ademola Afolabi Kazeem, a Lagos socialite and owner of Adekaz Hotels, has been arrested by the National Drug Law Enforcement Agency, NDLEA.

He was arrested ten days after he was declared wanted by the NDLEA.

Ademola Afolabi Kazeem, (a.k.a Alhaji Abdallah Kazeem Muhammed) who was on the run, was arrested over offences bordering on exportation and trafficking of illicit drugs as well as money laundering.

The Agency had on Tuesday 1st November declared the suspect wanted following his failure to honour NDLEA invitations and an order granted by a Federal High Court in Lagos.

The wanted drug kingpin was uncovered as the sponsor of some traffickers arrested by the anti-narcotics agency in their recent attempt to export cocaine to Dubai, UAE and other destinations outside Nigeria.

Spokesperson of NDLEA, Femi Babafemi, in a statement on Sunday, November 13, said search for him however paid off on Thursday 10th Nov when he was successfully taken into custody where he is currently being interviewed.

His lid was blown open after the arrest of one of his mules, Bolujoko Muyiwa Babalola, a Lagos BRT driver on 27th June at the Murtala Muhammed International Airport, MMIA, Ikeja, when he named Alhaji Ademola Kazeem, alias Adekaz as the owner of the 900grams of cocaine he ingested.

Following Adekazs failure to honour invitations sent to him, the Agency approached a Federal High Court in Lagos with three prayers: to attach and seal his identified properties in choice areas of Lagos island and Ibadan; declare him wanted and block his bank account with a cash balance of Two Hundred and Seventeen Million Naira (N217,000,000.00), all of which were granted. 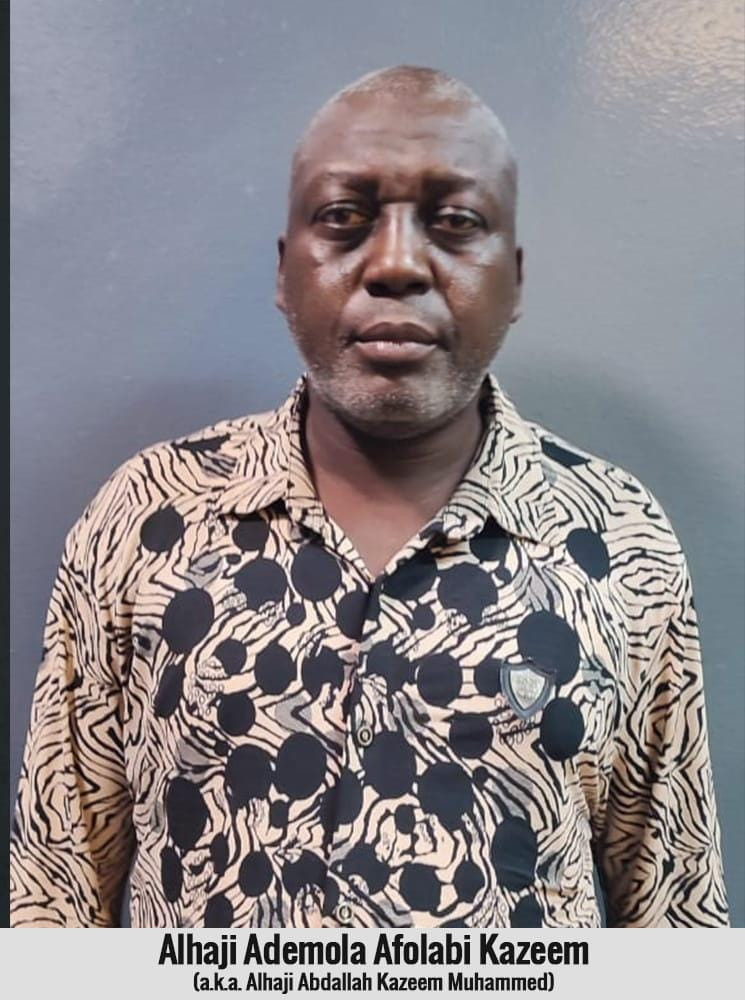 While commending the officers and men of the MMIA Command of the Agency for the successful operations in the past week, Chairman of NDLEA, Brig. Gen. Mohamed Buba Marwa, urged them and their counterparts across the country to intensify the heat on drug barons and cartels.