Shock As Husband Detains, Starves Wife For One Year In Yobe


It was gathered that Sadiya’s biological mother, Hadiza, rescued her daughter from the excruciating condition last week. 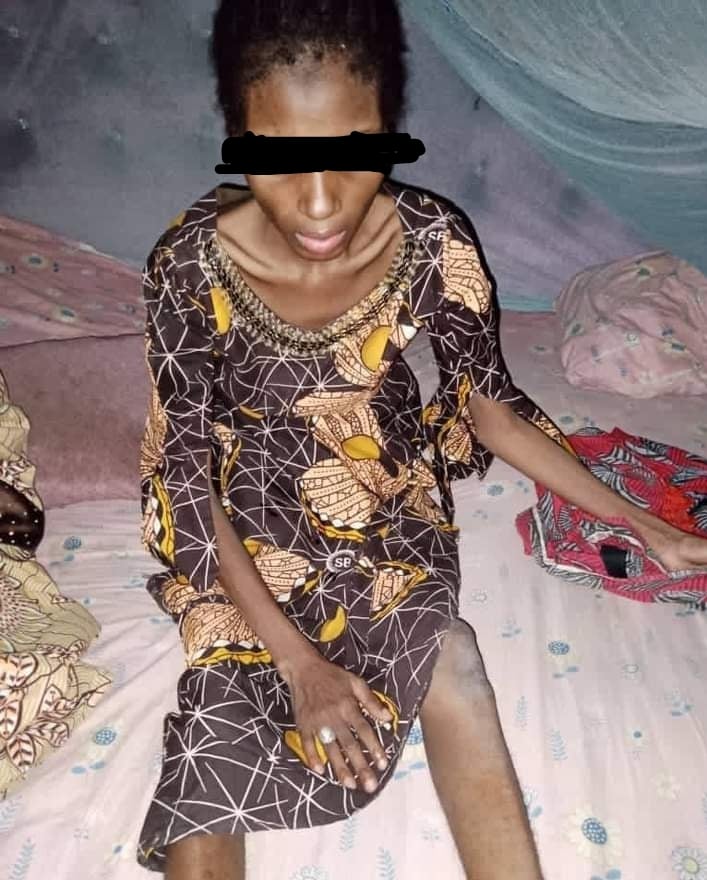 Sadiya, a middle-aged woman, has been found being dehumanized by her husband.

The woman was rescued after her husband allegedly detained her in his house for one year without food in Nguru town, Yobe State.

The impoverished victim, who is a mother of four children, is from Kano State.

An impeccable source who pleaded anonymity told DAILY POST that, “The victim’s mother revealed that she travelled to Nguru from Kano to see her daughter when she felt uncomfortable with her voice on phone, but only to meet her in a near-death situation as cannot even walk due to hunger and other ailments.

“The woman was starved by her husband who alleged that his family members are trying to harm her if she eats food.

“He only provides kunu (a local drink) to her whenever she demands for food and has prevented people from gaining access to her room”.

According to the source, the husband is identified as one Ibrahim Yunusa Bature and is said to be the cousin of the former Director-General of NEMA, Mustapha Yusuf Maihaja and Nigeria’s Ambassador to Kenya, Yusuf Yunusa.

Reports also have it that Sadiya was rushed to Aminu Kano Teaching Hospital, Kano, where she is currently receiving treatment with her mother demanding justice against her in-law, who according to her has damaged the life of her daughter.

She also called on the Yobe State Governor, Mai Mala Buni to intervene.