Spokesman of the Command Alfred Alabo said the suspect, a microbiologist at a research institute in Vom, Jos South Local Government Area, held down the minor in hot water until her buttocks were severely scalded. 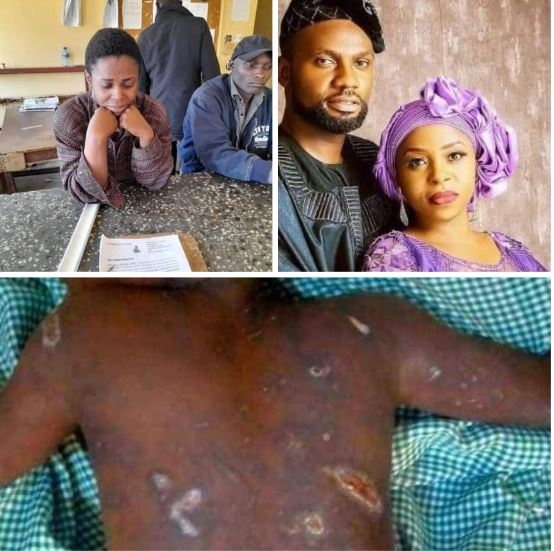 A woman has been arrested in Plateau State for allegedly torturing her maid to death.

The Police Command in Plateau State yesterday confirmed the arrest and detention of the female suspect for allegedly torturing and killing her 11-year-old maid identified as Margaret Joshua.

Spokesman of the Command Alfred Alabo said the suspect, a microbiologist at a research institute in Vom, Jos South Local Government Area, held down the minor in hot water until her buttocks were severely scalded.

The News Agency of Nigeria (NAN) reports that Joshua, who hailed from Kebbi State, while fleeing from insecurity in her community, was brought to Jos by a supposed helper and taken to serve as a maid in the suspect’s home.

The suspect, a mother of two, reportedly promised to enrol the victim in school but did not do so.

NAN further learnt that after the recent beating, the girl was forced to sit in a container filled with hot water which severely burnt her buttocks and private parts.

Mrs Grace Pam, Plateau State coordinator of the National Human Rights Commission (NHRC), whose office was following up on the case, told NAN that based on the scars and wounds on the girl’s body, her guardians must have subjected her to series of torture during the period she stayed with them.

“Our attention was called to the situation on Monday, by a staff member of the Jos University Teaching Hospital (JUTH), who said that an 11-year-old girl had been seriously beaten up and injured by her guardian.

“On getting to the hospital we saw several old and new scars, and injuries on her entire body. We were told that she was taken to Mandela Hospital in K-Vom, but was referred to JUTH due to the severity of her wounds.

“The suspect also claimed that the deceased fell into hot water after which she ran out of the house and did not return for almost 24 hours later,” she said.

Pam said that the NHRC had informtion that someone saw the traumatised girl on the street, and took her to the police station at K-Vom, after which she was taken to the hospital, where she died 24 hours later.