Operatives of the RRS who were on ground and strategically positioned, repelled them and gave the hoodlums a hot chase into the nearby bush. 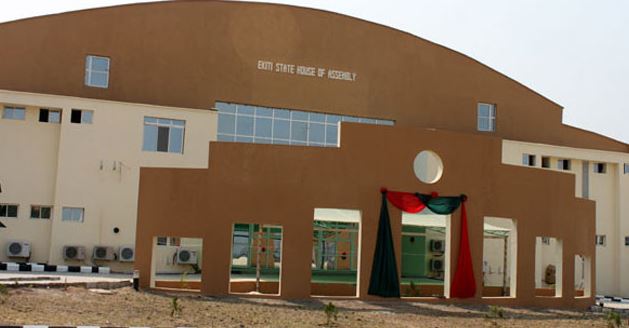 Operatives of the Rapid Response Squad (RRS) of the Ekiti State Police Command stopped an attempt by thugs to raze the Ekiti Assembly complex, on Friday, November 18.

The Nation reported that the incident happened around 4am when the hoodlums were said to have scaled the fence and made spirited efforts to raze a section of the complex.

The assembly has been enmeshed in a leadership crisis following the emergence of ex-Minority Leader Gboyega Aribisogan, as Speaker on Tuesday, November 15. He replaced Funminiyi Afuye, who died on October 19, 2022.

Operatives of the RRS who were on ground and strategically positioned, repelled them and gave the hoodlums a hot chase into the nearby bush.

“I can confirm to you that these hoodlums carrying two kegs filled with petrol and also armed with cutlasses and other weapons came to burn down the assembly at the wee hours of today (Friday).

“The intention they had was that police had left the place, because our patrol vehicles had been withdrawn from the two gates. They thought the place was no longer under security cover. They came through a section of of the complex, but they were resisted.

“The operatives of the RRS gave them a hot chase into the bush and recovered two kegs filled with petrol from them, among other dangerous exhibits.

“We want to warn our people not to turn the assembly into a theatre of war. It is an arm of government that must be respected . They called it hallowed chambers, so people should desist from creating unnecessary crisis.

"Let me also said that our men and officers are on ground to repel any dangerous moves being made by mischief makers to spark up trouble in any part of the sytate”.

Abutu added that the police haven’t arrested anyone in connection with the attempted arson attack but are on their trail.