The spokesman of the Jigawa State NSCDC Command, Chief Superintendent of Corps (CSC) Adamu Shehu confirmed the arrest in a statement. 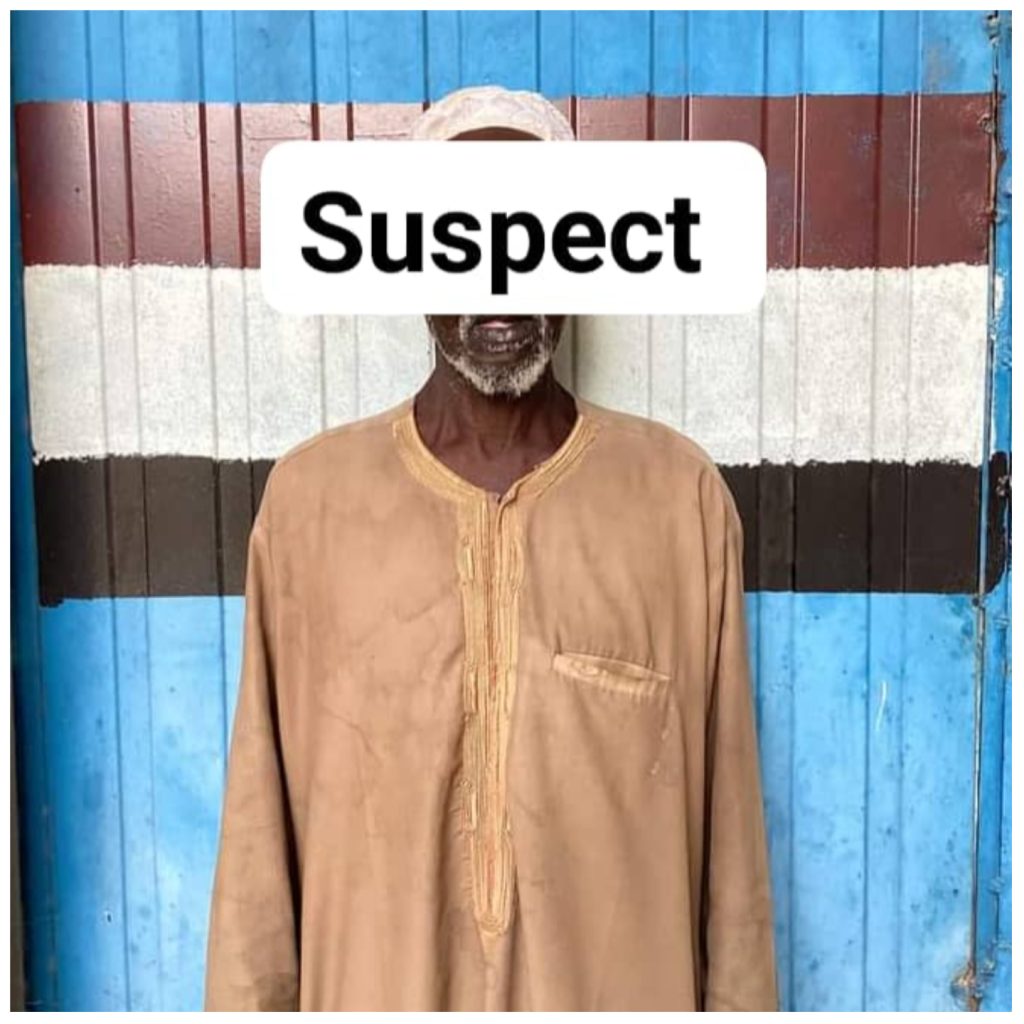 A 75-year-old man, Musa Gambo, has been arrested by the Nigeria Security and Civil Defense Corps, NSCDC.

The old man was nabbed after he allegedly r*ped his six-year-old great-grandniece in Jigawa State.

The spokesman of the Jigawa State NSCDC Command, Chief Superintendent of Corps (CSC) Adamu Shehu confirmed the arrest in a statement issued to DAILY POST.

He said the suspect was arrested after a report by a social worker who got an emergency call from a family friend of the victim who claimed she caught the suspect red-handed when she paid a visit to the girl’s grandmother.

Adamu said the suspect was arrested on Wednesday at Gandun Sarki Quarters, Malam Madori LGA, by NSCDC personnel at 1 pm on a charge of suspected r*pe of a six-year-old girl who is his great-grandniece.

According to the eyewitness, Malama Maimuna, she caught the old man with the girl on his lap while he sexually abused her in his room.

“I immediately informed the girl’s grandmother who rushed to the room and also saw the same,” she stated.

CSC Adamu said the victim also confirmed that she had been abused severally by the suspect who usually gave her sweets and also threatened her not to tell anyone.

A medical report obtained from the Sexual Assault and Referral Center (SARC) in Dutse General Hospital showed evidence of sexual abuse as her hymen was broken. The suspect has also confessed to the crime and attributed it to the work of the devil. According to Adamu, he will be charged to court at the conclusion of the investigation.