This was as the anti-narcotics agency’s Chairman, Major General Buba Marwa (retd.), commended the support from the Police Nationale of France, especially in the areas of training and equipment. 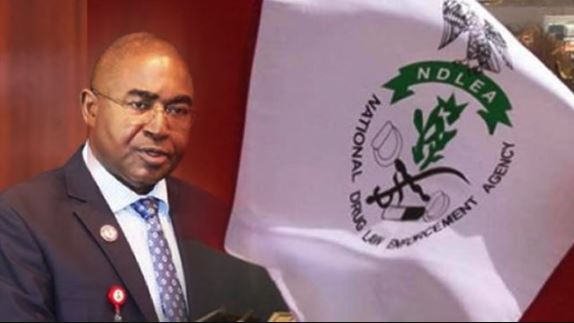 The PUNCH reports that the National Drug Law Enforcement Agency has made a new announcement about its partnership with the French Police.

This was as the anti-narcotics agency’s Chairman, Major General Buba Marwa (retd.), commended the support from the Police Nationale of France, especially in the areas of training and equipment.

The NDLEA boss spoke in his office in Abuja on Friday when the Police Attaché at the French Embassy in Nigeria, Emmanuel Verin, led a team of French trainers including Cedric B. and Christophe J., who were in the country to train a number of the NDLEA officers in special operations, paid him a courtesy visit.

Announcing the visit in a statement on Friday, the NDLEA’s spokesperson, Femi Babafemi, noted that Marwa appreciated the French government for its support as one of the anti-narcotics agency’s leading partners.

According to Babafemi, Marwa said, “We have received tremendous help from France not only in terms of training but also equipment. The support was capped with my recent visit to France where we received warm reception at all the institutions visited and the training promised was promptly organised. We’re grateful for that and we are looking forward to more collaboration and support.

“In his response, Verin said, “We’re proud to work with the NDLEA because your officers and men are very smart and professional and that’s why you’re getting results, hence, our priority in terms of support for the NDLEA is in the area of training. Our trainers, who have been here to train your men, are specialists and top in the field. We’ll do this for a very long time and we’re glad to work with you.”